Waltair Veeraya | Megastar Chiranjeevi’s buzz in the theaters is fast approaching. Soon he is getting ready to provide mass entertainment as Waltair Veerayya. An interesting update has come out of this movie directed by Bobby (KS Ravindra) who is well known as a director with Jai Lavakusa, Power and Venky Mama.

When there was already news that Waltheru Veeraiya’s censor programs have been completed, a copy of the clean U/A certificate issued by CBFC for this film has come out. According to the latest update, the runtime of Waltheru Veeraya has also been clarified. The run time of this movie is 2 hours 40 minutes. From this calculation, it is known that Chiranjeevi, Ravi Teja and Shruti Haasan’s team entertainment on the silver screen will not be ordinary.

Mass Maharaja Ravi Teja is playing the role of a police officer in this film. Along with the already released Boss Party song from Waltheru Veeraiya, the rest of the songs and the title teaser are shaking social media. Shruti Haasan is playing the male lead role in this film. Rock star Devi Sri Prasad is composing the music for this movie. This movie, which is being made as a mass action entertainer, will have a grand release in theaters on January 13 as a gift for Sankranti. 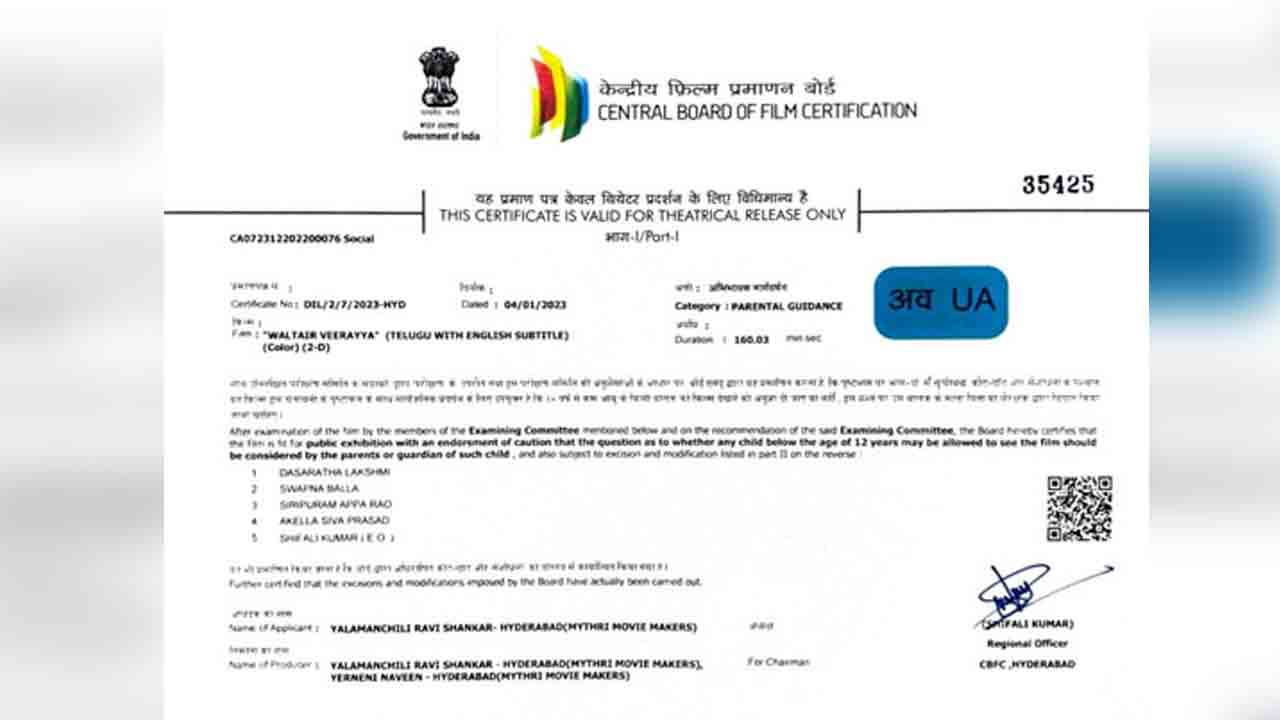