No one can say when and how someone’s time will change in the film industry. So many stars have fallen prey to the tricks of this movie. Bharat is one of them. If you say this, people will not remember much.. If you love, it will remind you of Bharat who is crazy for the girl he loves in the movie.. Tears will roll in your eyes. Bharat has earned a special identity for himself by exposing the reality with the movie If You Love It. Since then, Bharat, who has gained recognition as Premetsa Bharat, has been doing films in Telugu.

This hero who became popular in the film Boys directed by Shankar, appeared in the Telugu films Yuvasena and Mahesh Babu’s Spider. But after that he did not appear much in Telugu and everyone thought that he had stopped films. But recently he played a key role in the movie “Hunt” starring Gasudhir Babu. In a recent interview as part of the promotions of this movie, Premetse Bharat made sensational comments about his Telugu career. 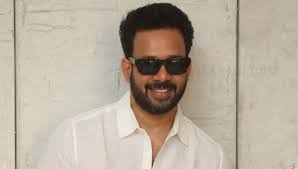 Talking to a media channel.. “The Telugu market has been established in films like Boys, Premitstha, Yuvasena, but when the media asked why you have not done Telugu films.. I have a good fan following in Telugu. But as there were no good stories in Telugu, at the same time there were good stories in Tamil Malayalam, so I got busy there. Otherwise, I have no idea that I should not do films in Telugu. Moreover, he said that he loves Allu Arjun so much that he would fall down and die and said that he wants to work under the direction of Rajamouli, Sukumar and Trivikram in Telugu..!!