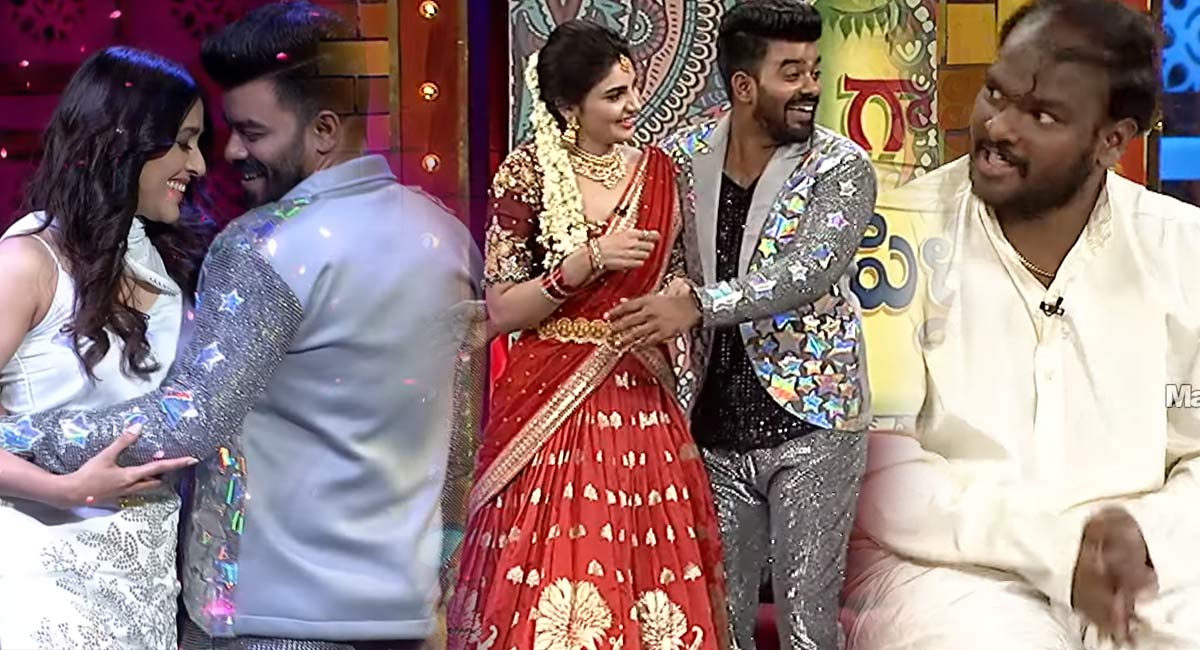 Sudheer Sudheer : Jabardasth comedy show aired on ETV has to say that apart from spreading comedy, it also brings love couples together. If we look at these love couples, Rashmi – Sudhir, Varsha – Immanuel, Rakesh – Sujata and two or three more couples should be said. Organizers are running comedy shows highlighting the chemistry between these couples. Among them, Ever Green and Rashmi-Sudhir as a couple are named. It must be said that Jabardast has been maintained by giving good content every now and then. After this couple, now Varsha – Emmanuel have become trending.

But now this scene is reversed. Now leaving Rashmi aside, Sudhir started romancing Varsha. But it is known that Sudhir has left Jabardasth for some years. Sudhir Sudheer left Jabardasth due to being busy with movies and getting offers from other TV channels. And now after completing all that Sudhir returned to Jabardast. From this week, there is news that Sudhir Sudhir is going to make noise in Jabardast. Sudigali Sudhir appeared in the promo released this week and surprised everyone. As soon as he came, he started winning everyone over again.

He proposed to Rashmi again with his old dialogue. And later, Gali took a step with Varsha in a skit called Gali Vari Vari Kakkar. In this skit, Sudhir acts as a cameraman for Varsha Emmanuel’s wedding. In the wedding photo shoot, Immanuel did not pose properly and Sudhir goes and shows him. He caught the rain and posed for romantic photos at a good angle. Immanuel expresses his anger by saying that he should wear this panch and shirt and do it himself. Why did you come in the first place? With this, the whole stage burst into laughter. After that event manager Bhaskar says that there is a good orchestra and they will sing amazing songs and Immanuel gives the green signal.

Again Sudhir comes and sits next to Varsha and sings the song “Nato Vastava” “Nato Vastava” to which Varsha also sings the song. After that Immanuel also received the song and got more excited. He goes to Sudhir and asks what are you doing and takes the plate and hits it. Immanuel says that I am not afraid of comments. And then in the end Sudheer once again did a duet with Rashmi. And this became the highlight of the promo. But now it is known that Sudigali Sudhir is doing a movie called Galodu. This movie is going to release on 18th of this month. But it is reported that Sudigali Sudhir made a buzz on the Jabardasth show for the promotion of the movie. He appeared in Jabardast with Galedu Unit. But will Sudhir continue on the Jabardasth show? It is yet to be known whether Jabardast came to the show just for the sake of promotion.

The post Sudheer Sudheer: Sudheer Sudheer is romancing Varsha by leaving Rashmi aside… while supporting Immanuel..! first appeared on The Telugu News. 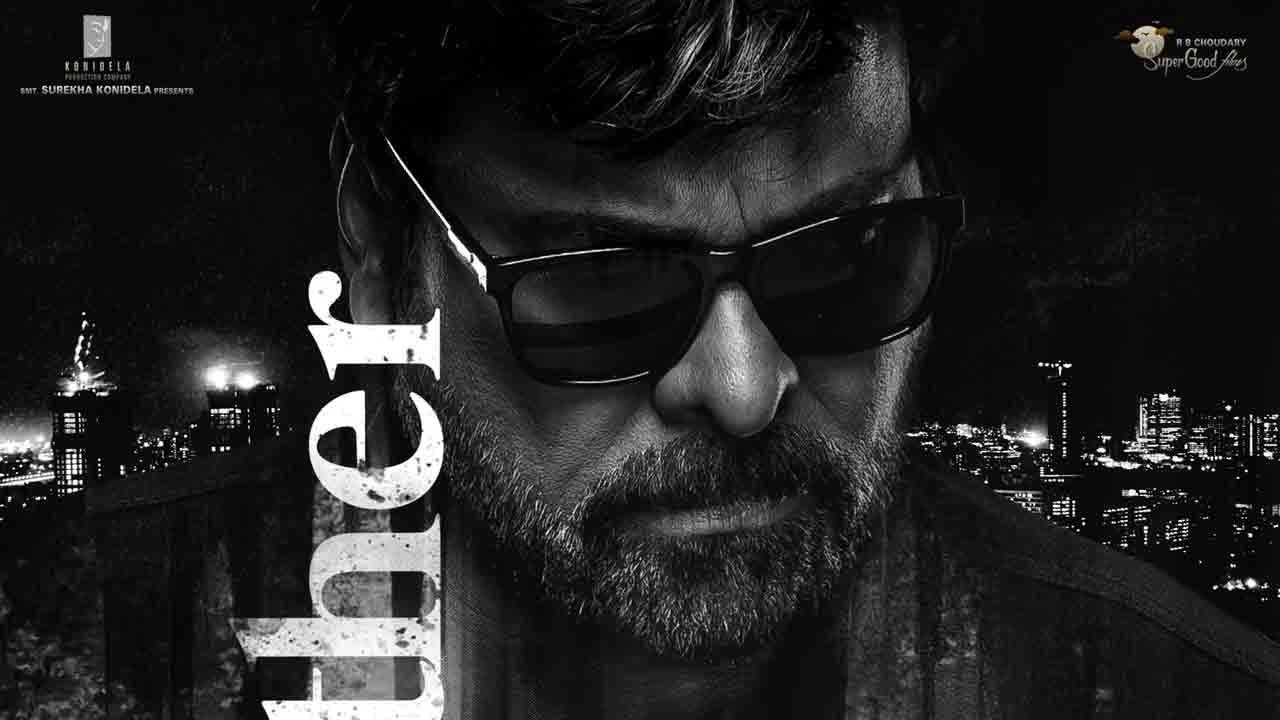 God Father Teaser Date Announced | Chiru is currently doing consecutive films regardless of the result. Recently, with ‘Acharya’, which was a huge failure, the speed of the films is not slowing down. While his co-actors have lined up one or two films, he is lining up four to five films. Chiranjeevi had a busy… 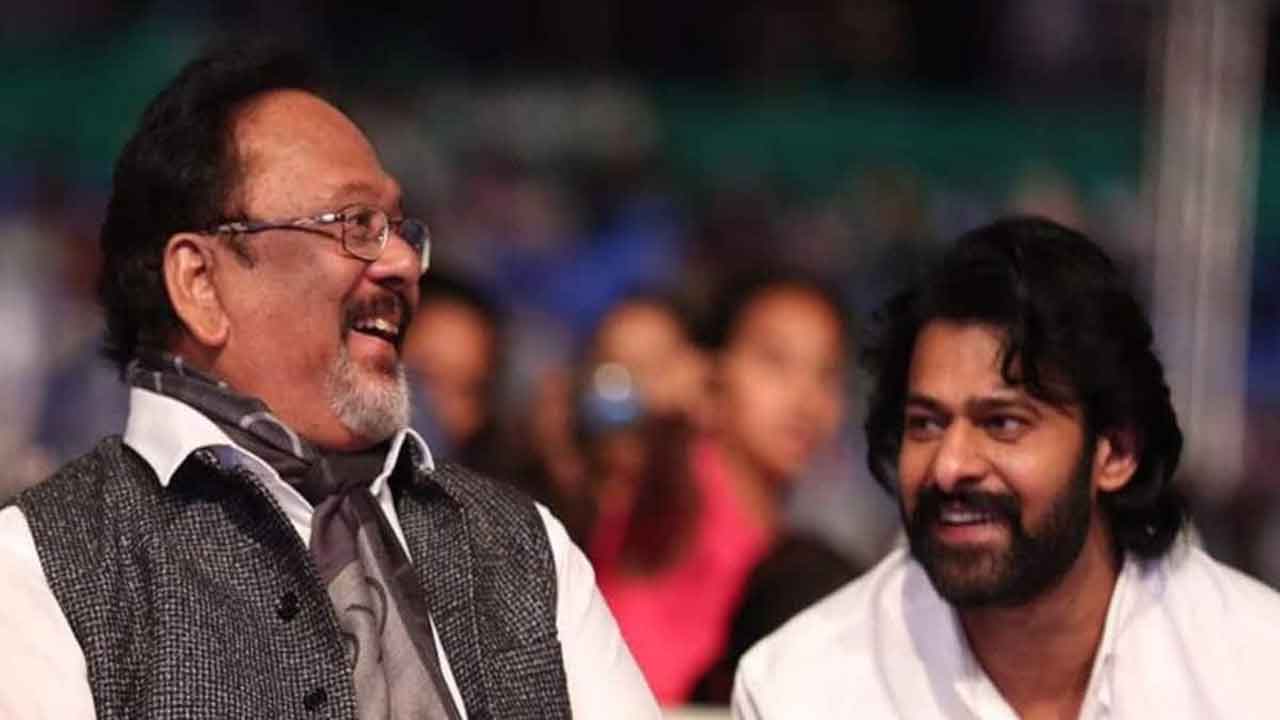 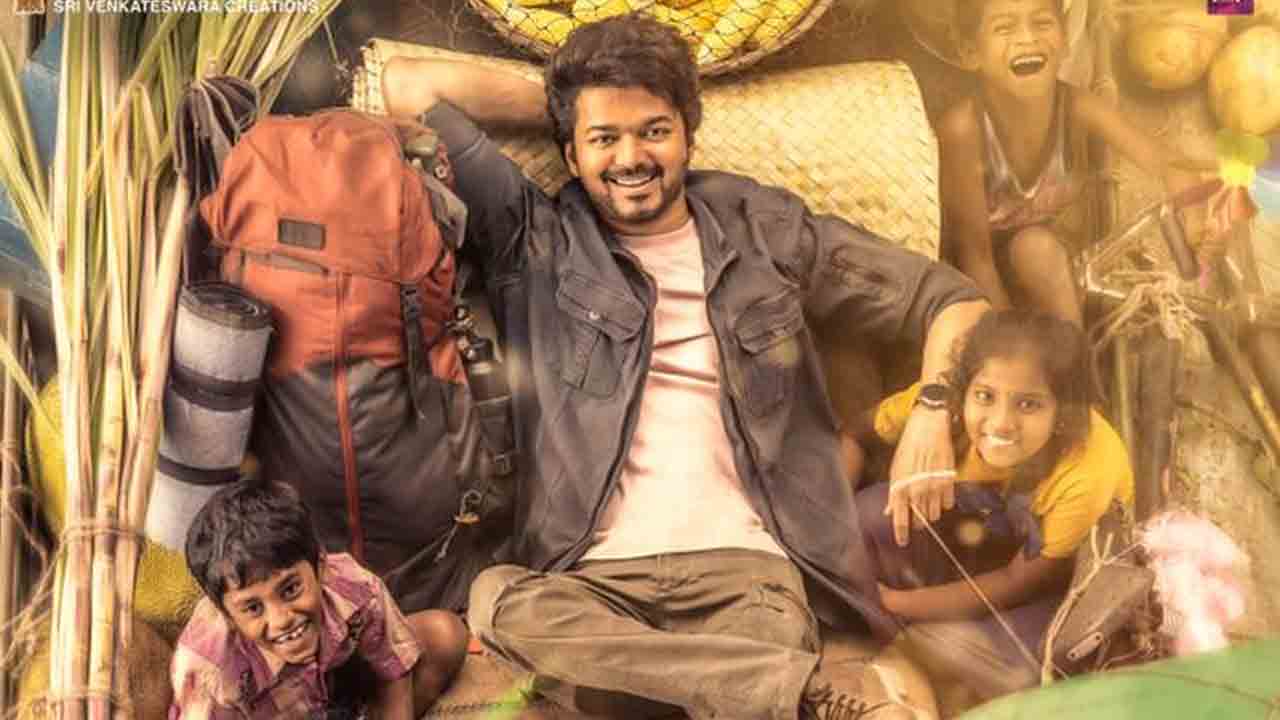 Varasudu Movie Audio Rights | Tamil hero Vijay is working to increase the market in Telugu. In this order he directly joined hands with Telugu director Vamsi Paidipalli. The latest film in this combo is ‘Varasudu’. The film is being made as a bilingual film and there are huge expectations among the audience. The posters… 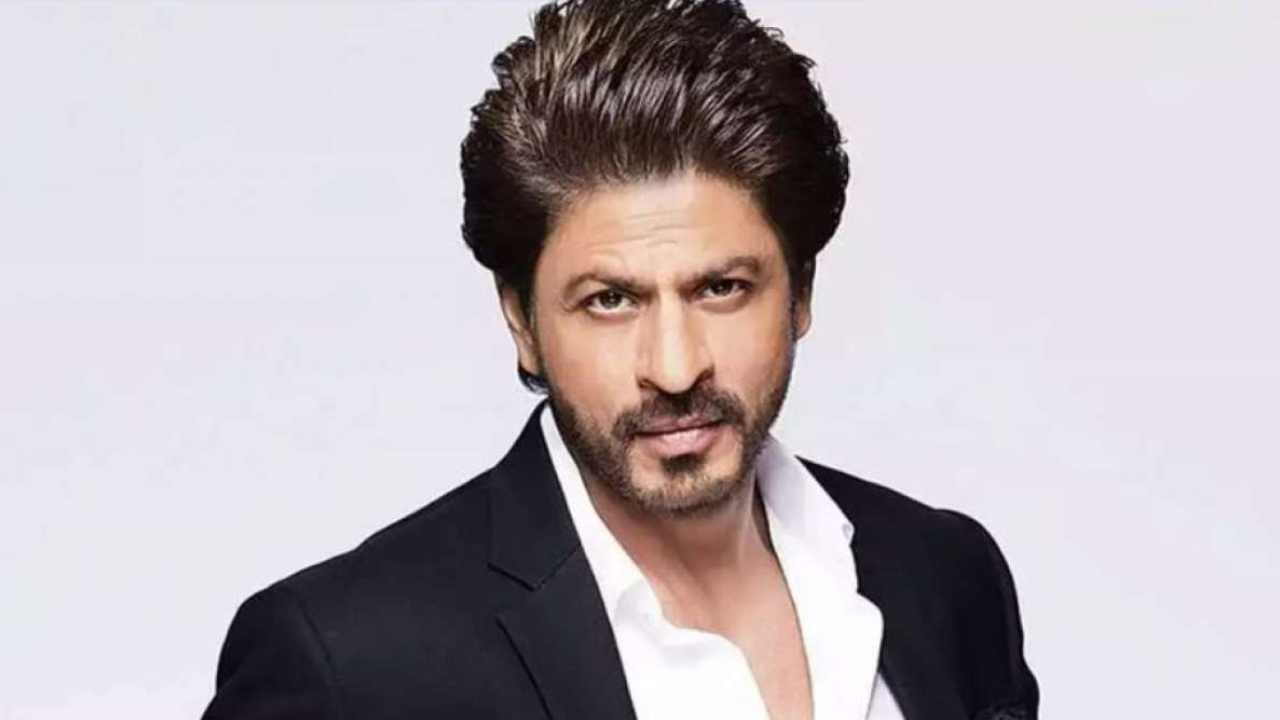 Shah Rukh Khan: Badshah of Bollywood Shah Rukh Khan once again faced a bitter experience. Shah Rukh, who has recently come under severe criticism due to his son’s involvement in a drug controversy, is now recovering from that controversy. While he is currently focusing on his next films, the trailer of the film Pathan has… 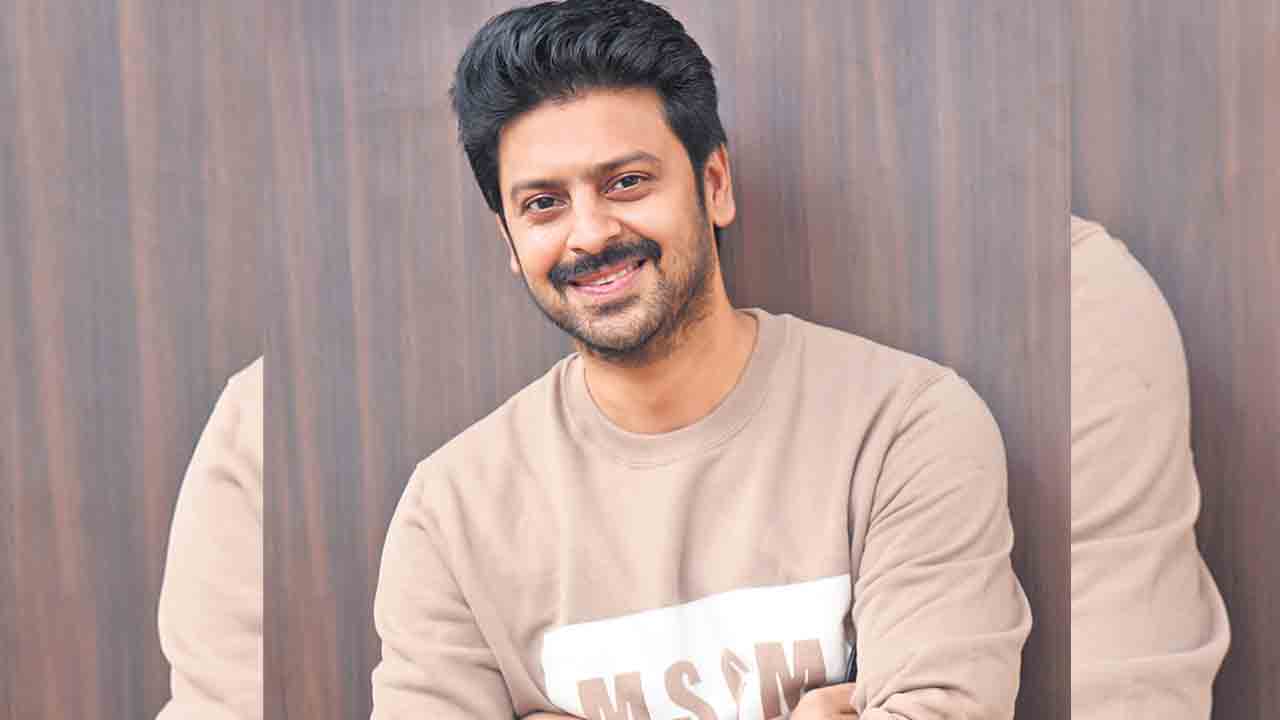 The movie ‘Tent Class Diaries’ starring Sriram and Avicagore as heroines. The film was directed by Ajay Mysore and directed by Achyuta Rama Rao, p. Built jointly by Ravi Teja Manyam. ‘Garudavega’ is directed by Anji. The film is set to release on the 24th of this month. In a recent interview on the occasion,… 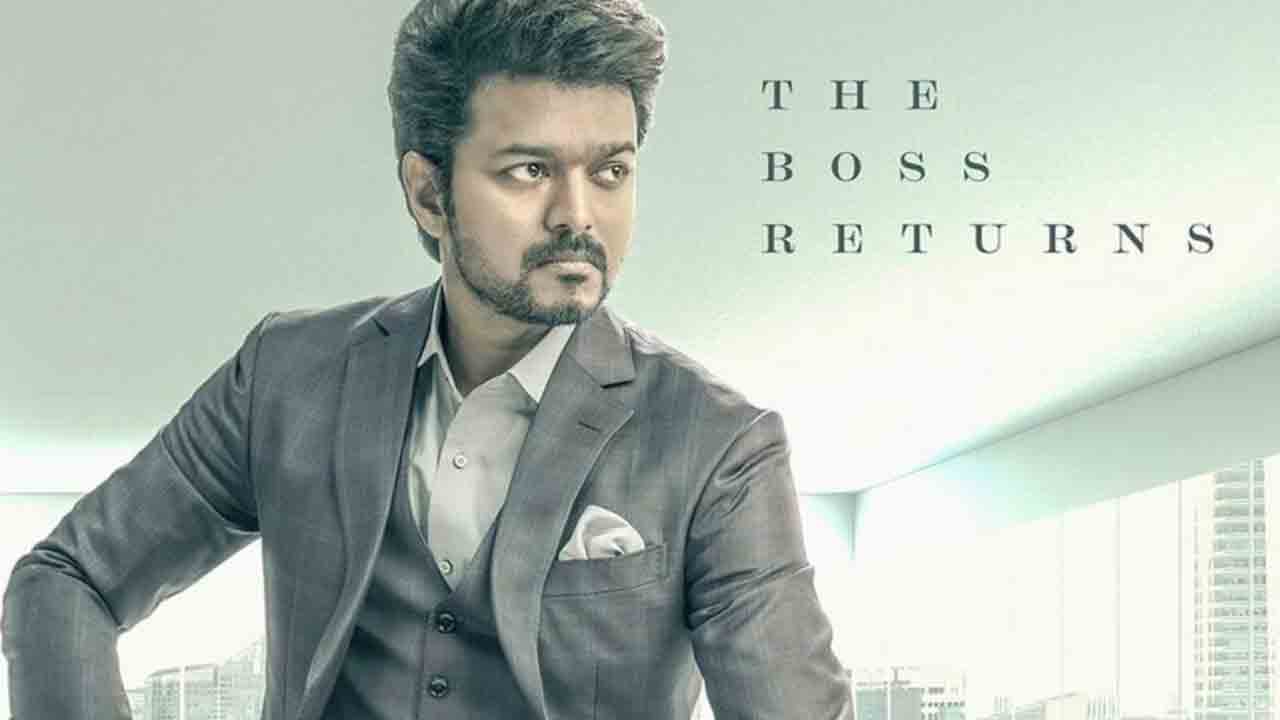