Replying to a comment, Samantha called herself lucky and said, ‘I consider myself lucky.’ After getting a reaction from the fans of the actress, the user deleted the comment. Despite this, a screenshot of the comment is being circulated among the fans. 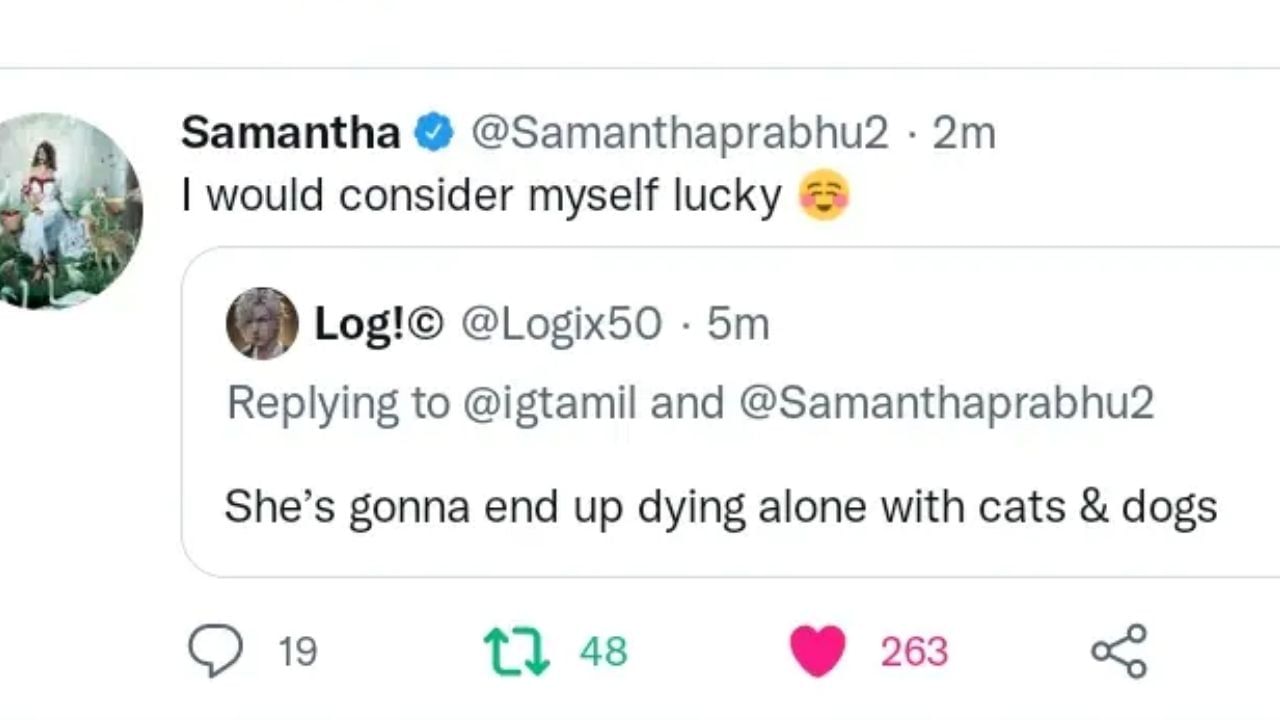 Very rarely it has been seen that Samantha has to face any negative comment on social media. In a conversation with ETimes, Samantha has already told that she is aware of this love and hate phase and it does not surprise her at any cost. She said, ‘But I will not say that it is not bad. I don’t take such things lightly. It’s not that easy. It has a huge impact on one’s mental health. So, I can’t take such things as a small issue. I can handle them, as I have experienced for many years.

On December 23, she will be seen in the film ‘Khushi’ with Vijay Deverakonda.

For your information, let us tell you that Samantha has recently wrapped up her upcoming film ‘Khushi’ with Vijay Deverakonda in Kashmir. This film is directed by Shiv Nirvana which will release on 23 December. Samantha is also working in Gunasekhar’s mythological drama Shakuntalam. Apart from this film, she will also be seen in the new age film ‘Yashoda’. Also, she is soon going to debut with Hollywood director Philip John’s film Arrangements Of Love. People have been waiting for these films for a long time.