Rana Daggubati and Sai Pallavi have teamed up for Venu Udugula’s ambitious film ‘Virataparvam’. D. Presented by Suresh Babu SLV Produced by Sudhakar Cherukuri under the banner of Cinemas, the film is set to hit theaters across the world on June 17. Virataparvam shared by Saipallavai is special.

How did it feel to meet Sarala Gary’s family?

Meeting Sarala Gary’s family is a very emotional moment. Spoke very affectionately. Amma blessed me and gave me a sari as a gift.

How did you feel about the injustice done to the linear?

We really know all that happened at that time. I approached it as a story. I did it as a moon character.

What was your first reaction when told the story of the flute?

There is fun in doing a story that is unknown. If I repeat a familiar story I will always be the same. I will also improve as an actress if I move into a new world. I’m glad I did.

How did it feel when you first heard the character of the moons?

Ranes is in the role of the moon. It can be used to make a toy with sand, to build a house, or even as a weapon. The character of the moons seemed the same. The moons are a white paper. Whatever is written on it becomes what she is. The director wrote that character very honestly. 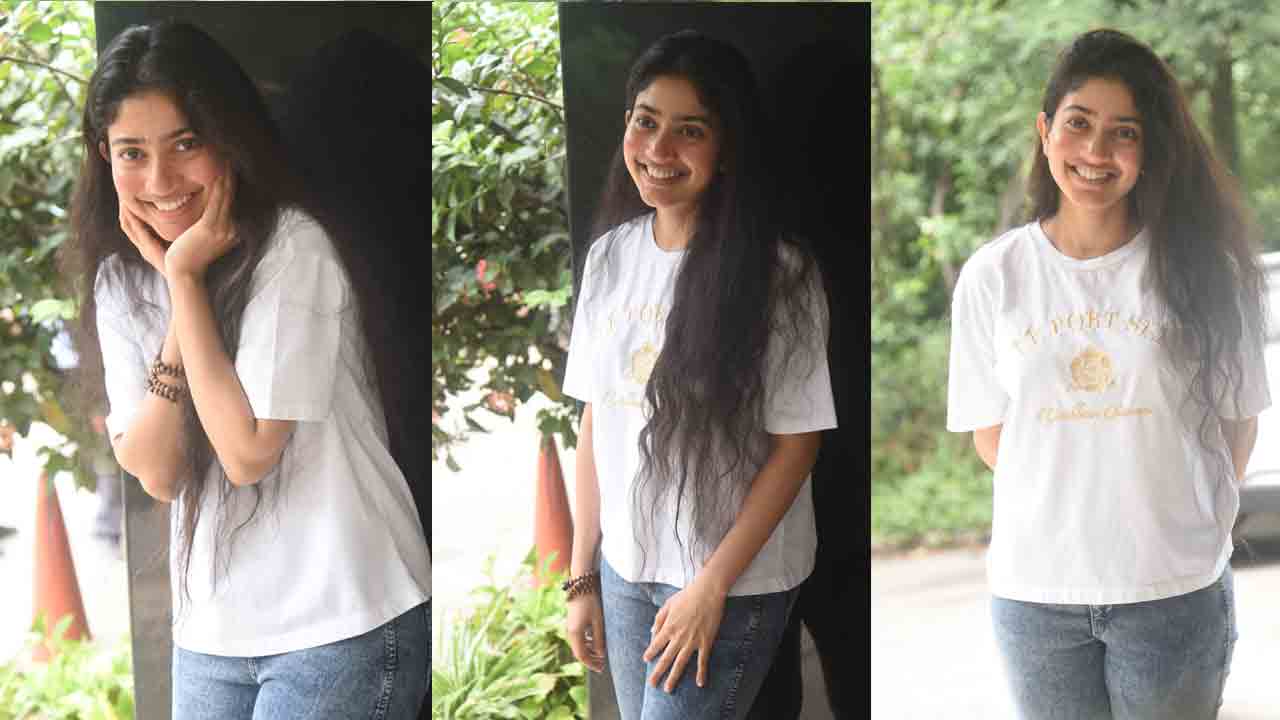 Even though there is a star like Rana Garu, is it said that Virat Parvam is the story of the moon?

Director Venu first talked to producers Sudhakar and Srikanth and then to me. After getting close to Suresh Babu Gary for this script, it was learned that Rana will play the role of Ravanna. I was very happy. Rana Gary’s stardom, level, and Ravanna’s character seemed to suit his voice. The scale of the Virat Parvam changed after the arrival of Rana. Rana Garu gave great pleasure in doing this project.

Are you a little spiritual .. Why did you seem to want to do a communist role like Moonlight?

Spirituality has nothing to do with cinema. Spiritual way of life. I meditate for two minutes to calm the mind. That’s it.

How did you prepare for the role of the moon?

Moonlight is a very normal girl. Director Venu Garu wrote very wonderfully. My work was made easier because he wrote so wonderfully.

Naxalism background, love story Which of these did you like?

It’s a journey. There is an innocence in the character of the moons. He has the courage to achieve what he believes. Loved that spirit in that character.

What did Rana learn from Gary?

When you think of a story you think you can do the same. But raising the level of a story is what Rana taught. The selection of his stories is also amazing.

Is there any comparison of Sai Pallavi to the character of the moon?

I think the angle from which love is seen is the same.

What did it feel like to be an artist doing a moonlight role? Failed hard?

An artist should always step towards innovation. Writing the same answers to the same question paper would not be a kick. Must be satisfied that we have done something new and learned. It is correct to have some feeling and pressure for each character. Or else bored.

What did it feel like to take action for the first time?

Made an action movie in Malayalam Kalari Vidya. I have weapons only in Virat Parvam.

How did it feel to work with actors like Priyamani and Nandita Das?

Priyamani, I get inspired by the performance of Nandita Das. No pressure was taken when playing with them in Virat Parvam. But now when I saw the movie I had the feeling that I was with them in the frame. It feels good.

How did you get used to the village and the wild atmosphere? What challenges did you face?

The set, the iron clothes, the art director designing the house .. all of these can sometimes disconnect whether our house is like this or not. But in Virat Parvam such a town, there really are people. The girls in our town sit and talk like that. The same gave a raw feeling. I wear eye liner in some movies. But I did just face wash at Virat Parvam. It gave us pleasure to express our feelings so freely.

How do you feel about the Naxals after this movie?

I did it as a character. We have to be in that period to have an opinion on one. I learned in the course of making a film about the things a group wants to do to be part of a movement. It’s just a learning process for me.

Are there any special characters being written about Sai Pallavi? How does it feel?

Are you saying that Telangana is playing?
Be real. Director Venu Garu said the same. Probably born here in a past life (laughs).

Gave amazing visuals. A town, the forest seemed to show so wonderfully. The camera work is like a great poem. This is definitely a movie to watch in theaters. I want the audience to enjoy such great visuals in the theater itself.

Do you think the image you have will hinder you from making some movies?

None. I take the love of the audience and never take the wrong image. Never think about image unless you have the pressure to make a good movie, story.

Is it too late for the movie to come out? What did it look like?

It is true that the word was a bit confusing as the film was delayed. This is the right time for Virat Parva. Now the audience is coming to the theater again. Watching different movies. They also love Virat Parvam. This is a very honest movie.

What about Suresh Bobbili music?

Are you very active in promotions?

This is my responsible Andy. This is a habit for me from ‘Premam’. I have a responsibility to tell the audience what we believe in making a movie. Sometimes when the audience is high you have to go to them and tell them. Who would do that if we did not promote our film.

Is your grandfather a police officer .. How did you feel while doing this role?

He is 80 years old. He knew I was having fun playing something (laughs). I did not tell him this story. Know what not to say. He is a humanist.

Do you do a lot of movies starring the main character .. Do the audience support the same? What precautions will you take in the future for this image?

Did director Sukumar and Trivikram watch the premiere of Virat Parvam .. How did they fail?

I was not there the day they saw the premiere. Rana is there. Rana said that they liked the movie very much.

What about director flute costumes?

Director Venu Udugula is a great writer. I believe that no one can write better than he about the circumstances he knows. I did a lot of research for this movie and it was very natural. I hope to write more gripping stories like this.

Virata Parvam Ra, is it an intense movie .. Concerned about commercial success?

The movie should stop forever. We remember the good movies starring many legendary actors. Then the idea of ​​whether it will be a commercial success or not will not come. We can not say which movie the audience likes and dislikes. When I was making a movie .. I keep in mind that the audience should enjoy that movie even after I leave. Art is eternal. I want to make a movie that will last forever. Virat Parvam is also a movie that will be remembered forever.

Do you think there is a gap in Telugu movies?

I did Love Story, Virataparvam before Pandamik. Then came Shyam Singh Roy. I don’t think much about the gap though. I believe in art the most. If there’s a story for me it will surely keep finding me.

What about the Gargi movie?

The Gargi movie is also awesome. Like Virataparvam, Gargi is a very different story.

What about new projects?

Reading stories in Telugu. I signed a film in Tamil with Sivakarthikeyan.

What about your life partner?

I think not yet born. (Laughs)