Thirumala: Newlyweds Nayantara and his wife have apologized for the controversy that surrounded hours before the happy moments of a single cine couple with a three-way bond. To this end, her husband Vignesh Sivan wrote a public apology. They made it clear that they had immense faith and devotion to God. He said that after the darshan, as there were more devotees, he went back and came in a hurry wearing sandals for the photoshoot. 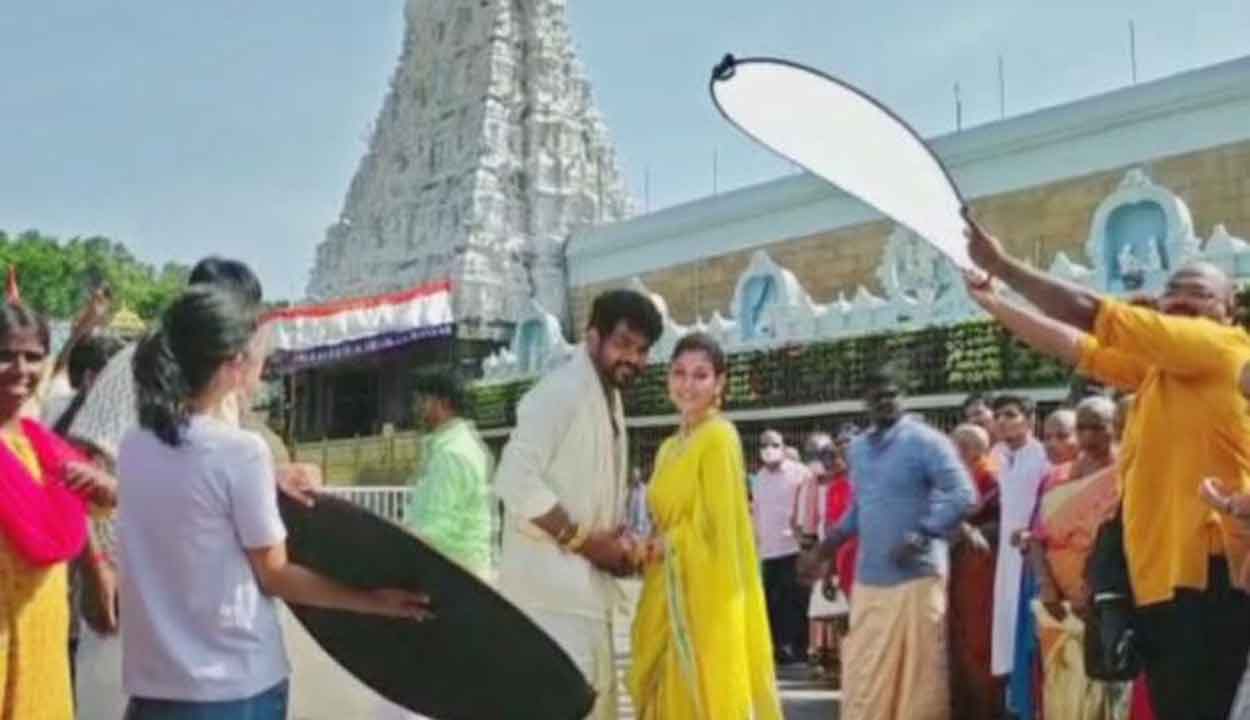 He apologized for the mistake they had made unknowingly. ‘We have long wanted to get married in Thirumala. In the last 30 days in this order, we have come to the massage 5 times. He revealed that he had to do it in Mahabalipuram as it was not possible due to some unavoidable reasons. However, the bride immediately came straight from the mandapam to Thirumala on Friday and explained that they had taken blessings by viewing Swami Kalyanam.

Vignesh Sivan said in the letter that the Swami whom they worshiped so much did not do this to insult them and please forgive them.