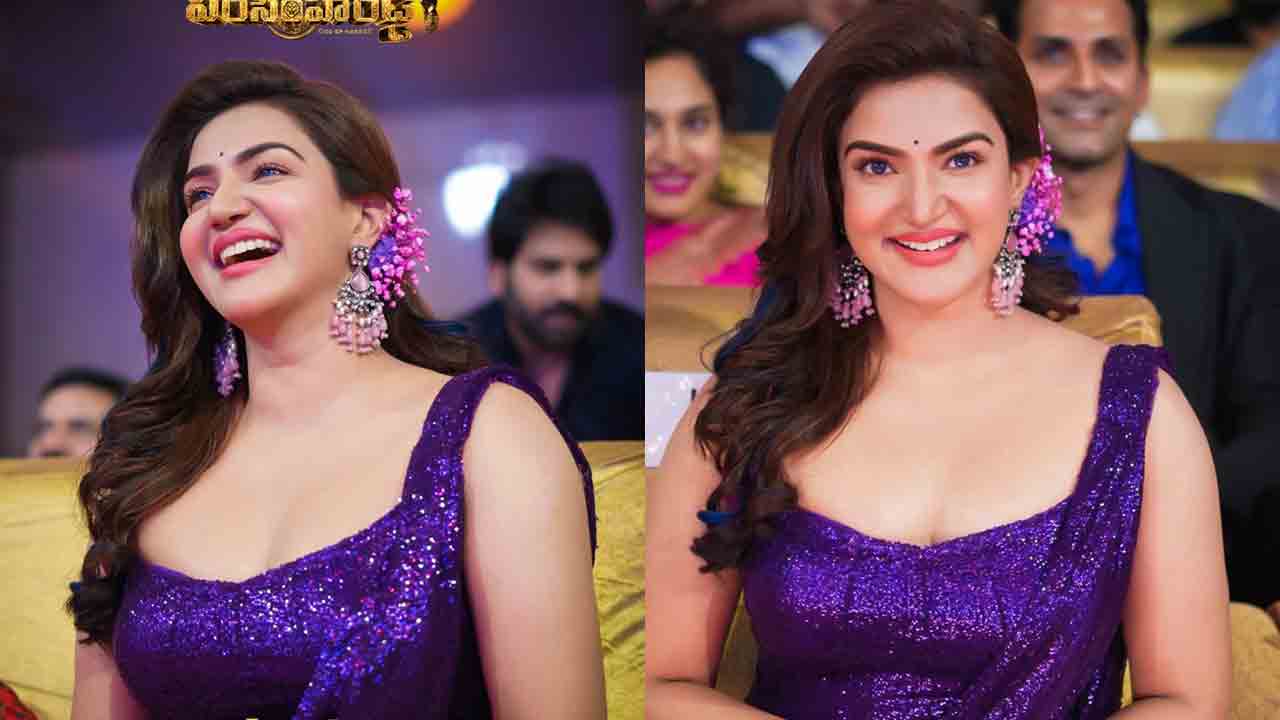 After a long time, Kerala Kutty Honey Rose has again greeted the Telugu audience. Recently, Bhama appeared in the title role of Nandamuri Balakrishna in Veera Simha Reddy as one of the female male lead. Honeyroj Meenakshi’s role is glamorous on one side, but on the other hand, her acting is also impressive in a serious role.

This beauty recently attended Veerasimha Reddy’s victory function. Wearing stylish ear rings in a blue color dress and smiling, she became a special attraction for the event itself. Blooming like a rose, Honeyrose Stills, who is mesmerizing everyone with her beauty, is now doing a lot of hustle and bustle. Actors, technicians and other team members participated in the event along with director Gopichand Malineni.

Veerasimha Reddy, made under the banner of Mythri Movie Makers with the background story of Rayalaseema, was released in theaters on January 12. It is creating a tsunami of collections at the box office from day one. In this film, Kannada actor Duniya Vijay is seen as the old Madugu Pratap Reddy. Varalakshmi Sarathkumar’s role as his wife Bhanumati Pratap Reddy is the highlight of the movie. P Ravi Shankar is playing key roles. 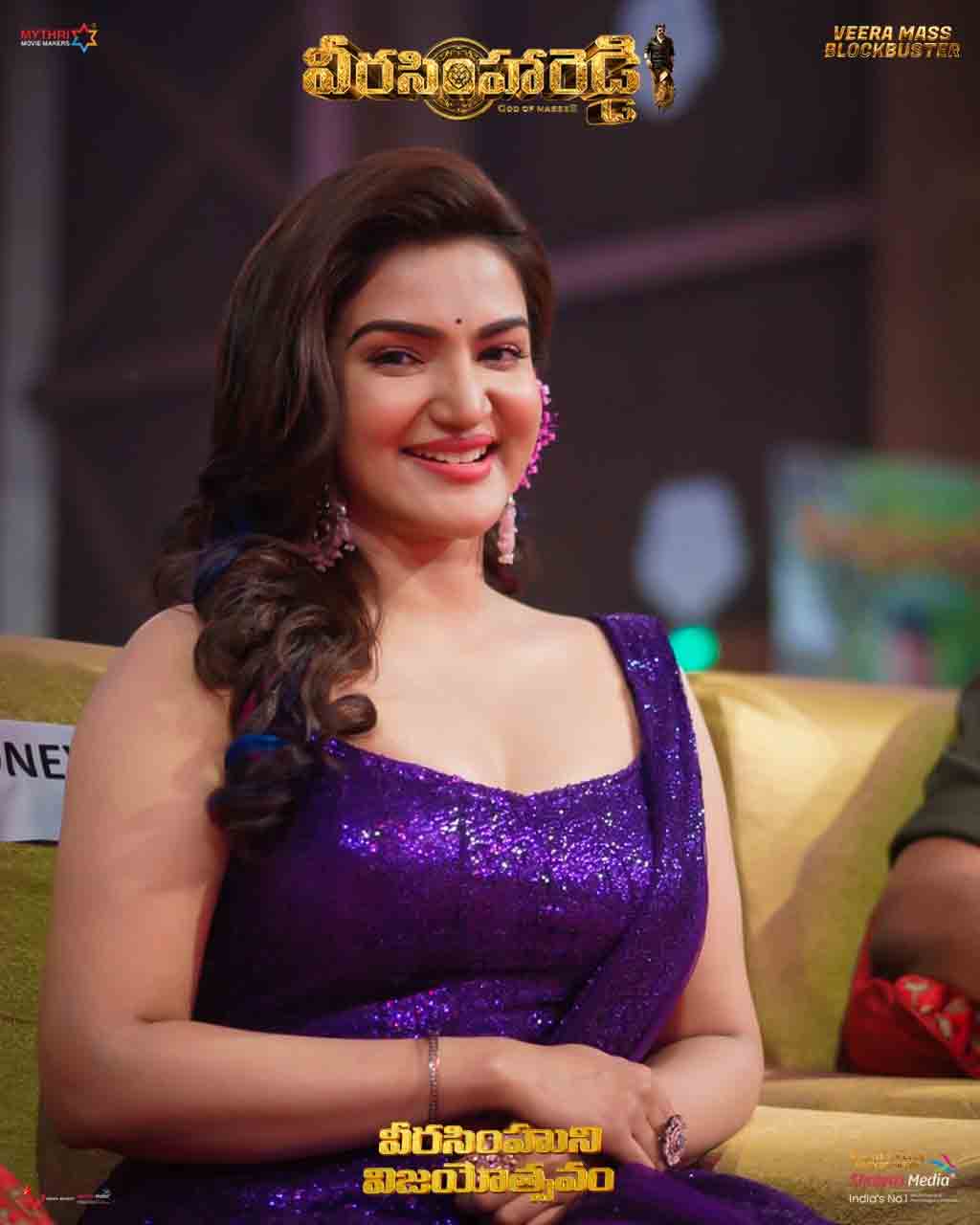 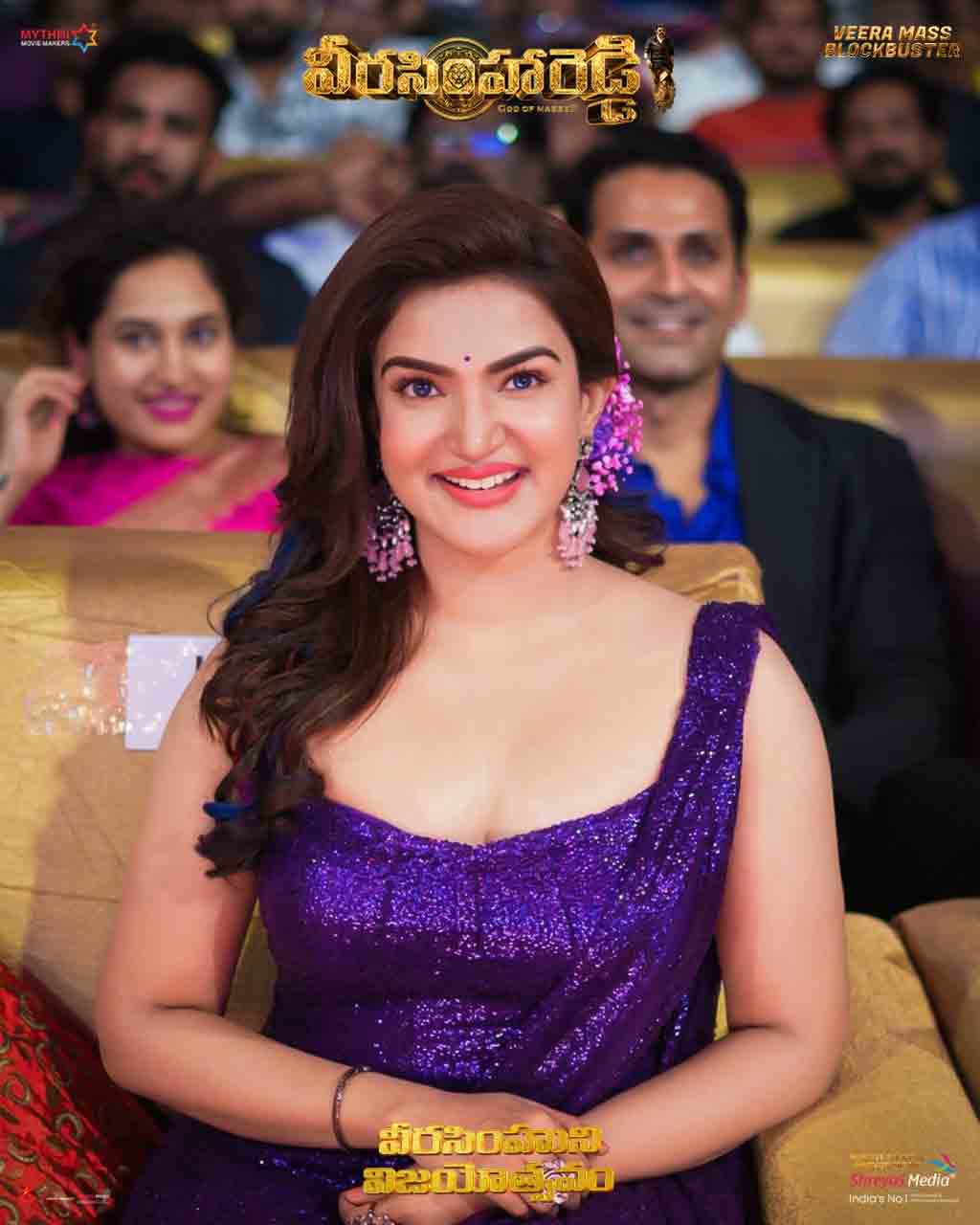 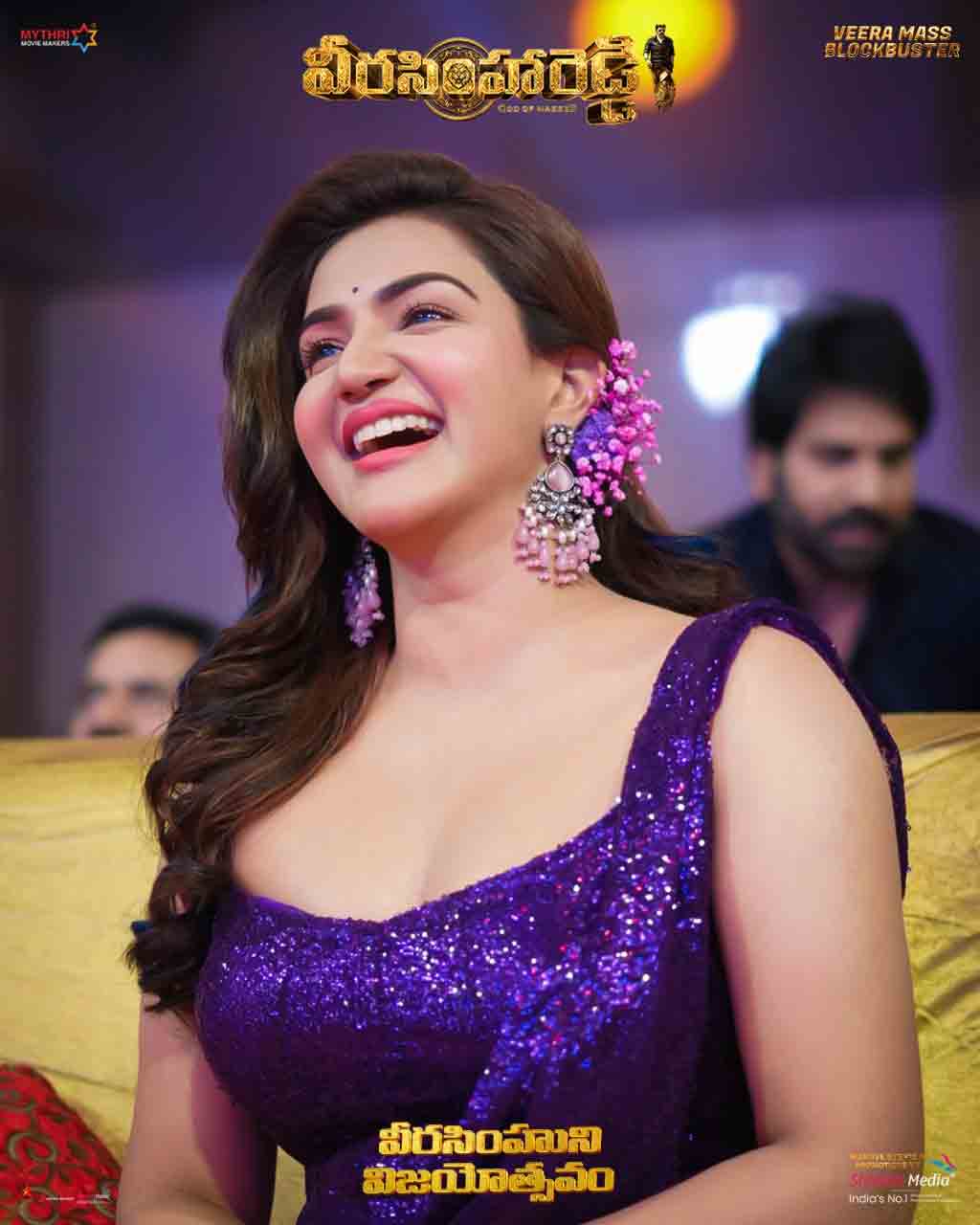 Rashmika Mandanna who has earned a name as a national crush.. It is not necessary to say what kind of position the present is in This Kannada beauty, who once rocked the industry, is currently subjected to heavy trolling on social media. Everyone knows the reason behind it. There are reports on social media that… 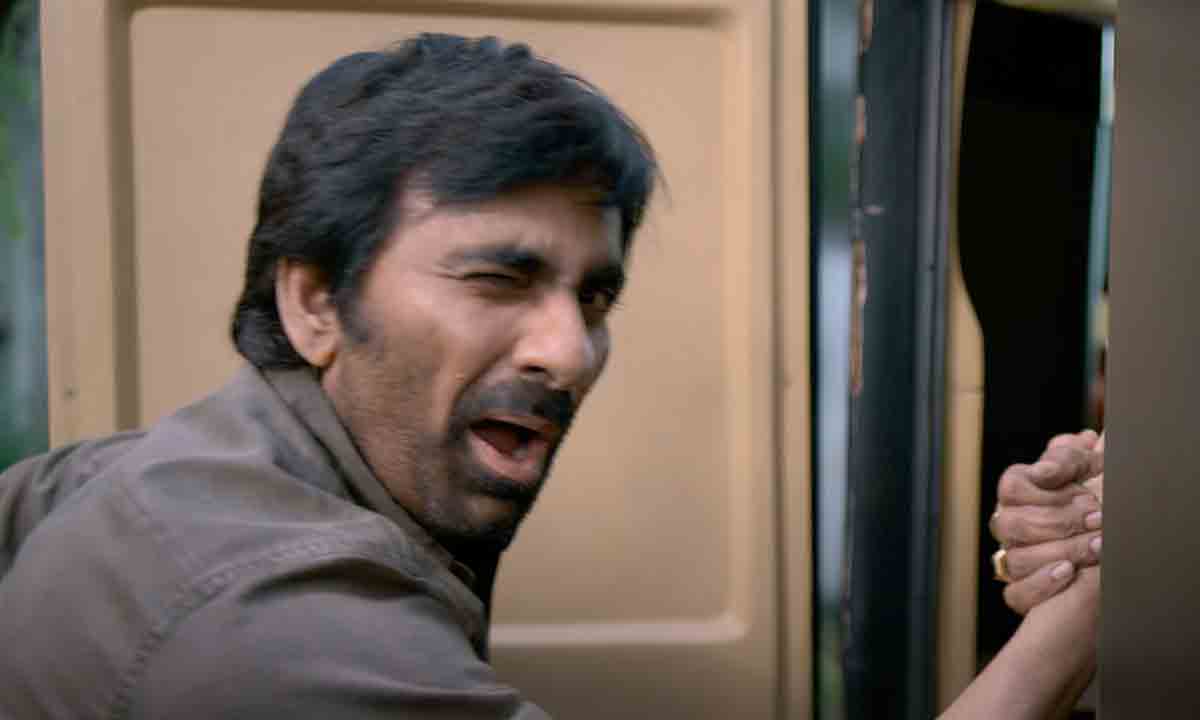 Raviteja Role In Mega154 | Mass Maharaja Ravi Teja is doing consecutive films at a faster pace than ever in his career. This year, his films ‘Khiladi’ and ‘Rama Rao on Duty’ have already been released. And now ‘Dhamaka’ is ready for release. Ravi Teja is playing lead roles on one side and also playing… 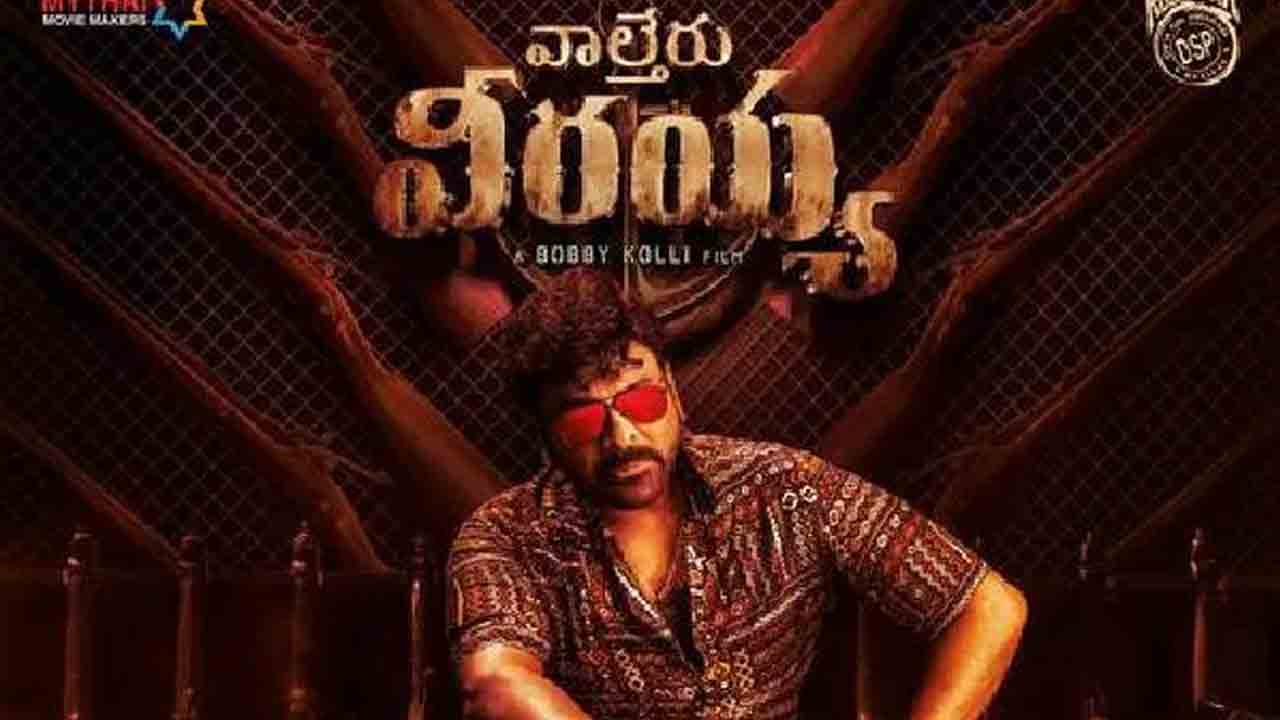 Waltair Veeraya First Day Collections | ‘Waltheru Veeraiya’, which is eagerly awaited by the mega fans and the audience, will be released on Friday and will get a lot of positive talk. Fans are celebrating Veeraiah’s success like vintage Chiru is back. Theaters are celebrating as if Sankranti has come a day early. Actually there… Glamor is very important to become a heroine in the film industry.. To grow as a star heroine. Heroines are not cared at all in the world of cinema without glamour. While Bhumika, who shook the industry in the past, will take her life forward by doing senior characters in the present second innings. As… 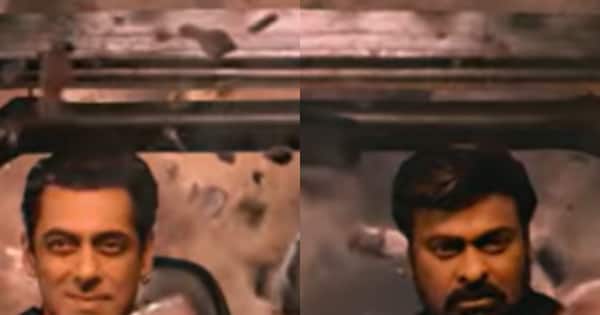 Godfather Teaser : South’s Megastar Chiranjeevi a film by ‘Godfather’ His fans are eagerly waiting for it. Chiranjeevi’s first look was revealed last month, since then people became very excited about the film. Now a day before Chiranjeevi’s 67th birthday, the teaser of the film has been released. The fans are looking very happy seeing… It has been 20 years since the release of Khushi, directed by director SJ Surya, starring Power Star Pawan Kalyan. The youth of that time knew very well how Khushi rocked the youth of that generation. All those who were in their 20’s at that time are now in their 40’s but still the memories…