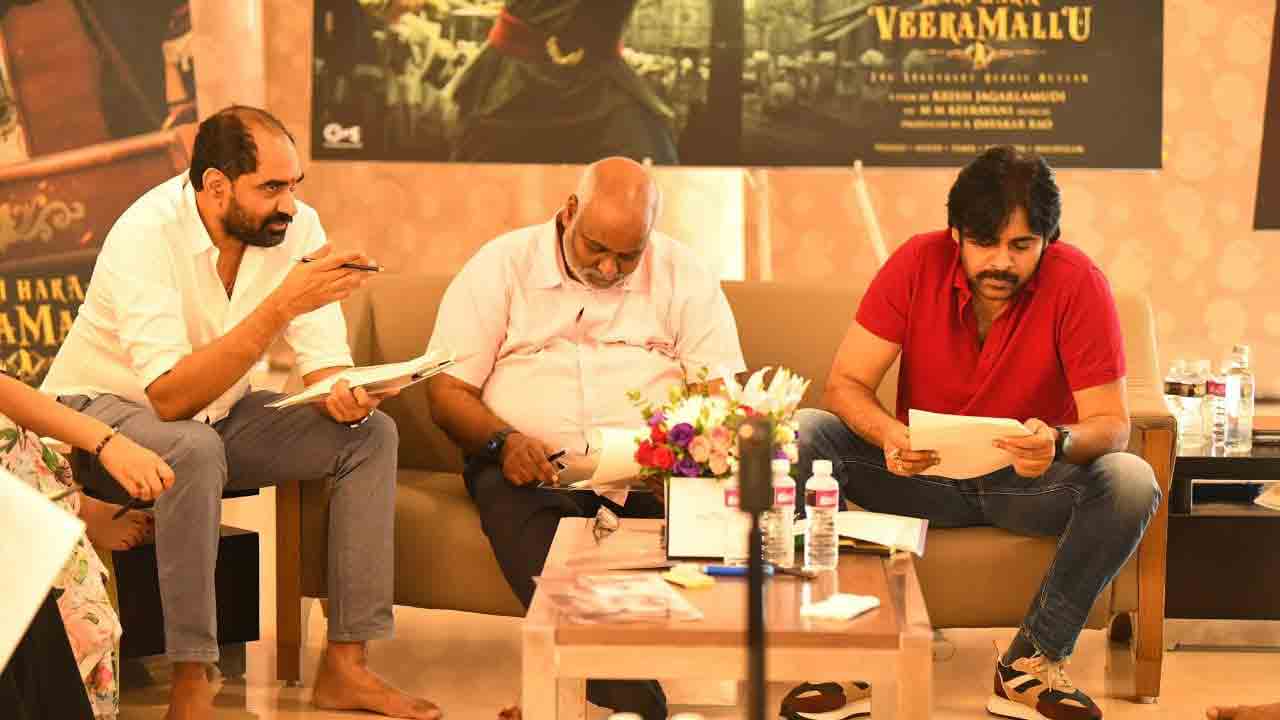 Hari Hara Veera Mallu is Pawan Kalyan’s latest movie. It is known that MM Keeravani shared the shooting update of this movie directed by Krish. The still that came down to the workshop is already making a fuss.

While director Krish, Pawan Kalyan, MM Keeravani and team are conducting the workshop, the stills (HHVM Workshop Stills) are doing the rounds. While Nidhi Aggarwal is playing the female lead role in the Hariharaveeramallu project, Bollywood actors Arjun Rampal and Nargis Fakhri are playing key roles.

Legendary music director MM Keeravani is giving music for this film. While the film is set in the background of the life story of Veeramallu during the Mughal era in the 17th century, the posters and glimpses of the video that have already been released are raising expectations about the film.

Read Also: Chiranjeevi Fans | Voice over is good sir..give one movie to Puri..! 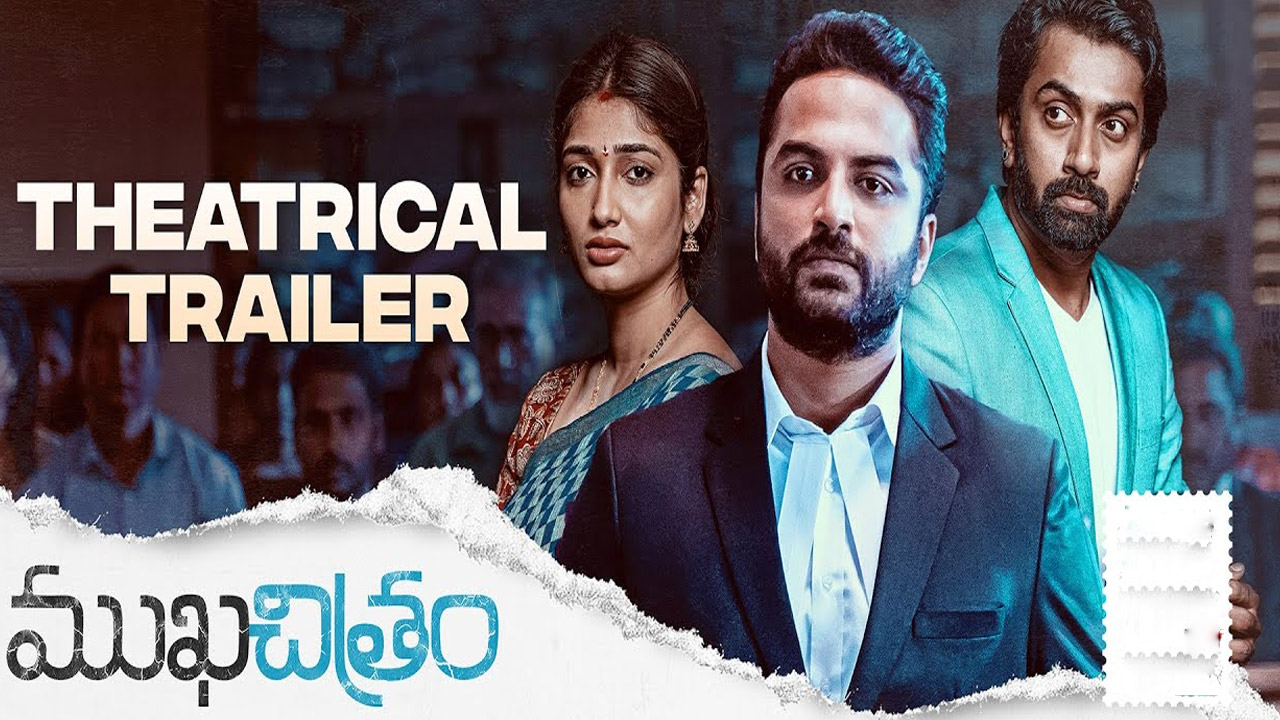 “Mukhachitra” is a movie starring Vikas Vashishta, Priya Vadlamani, Chaitanya Rao and Ayesha Khan in lead roles. Hero Vishwak Sen is playing an important role in this movie. Sandeep Raj, the director of Color Photo Film, is providing the story screenplay words for this film. The film is produced by Pradeep Yadav and Mohan Yalla… 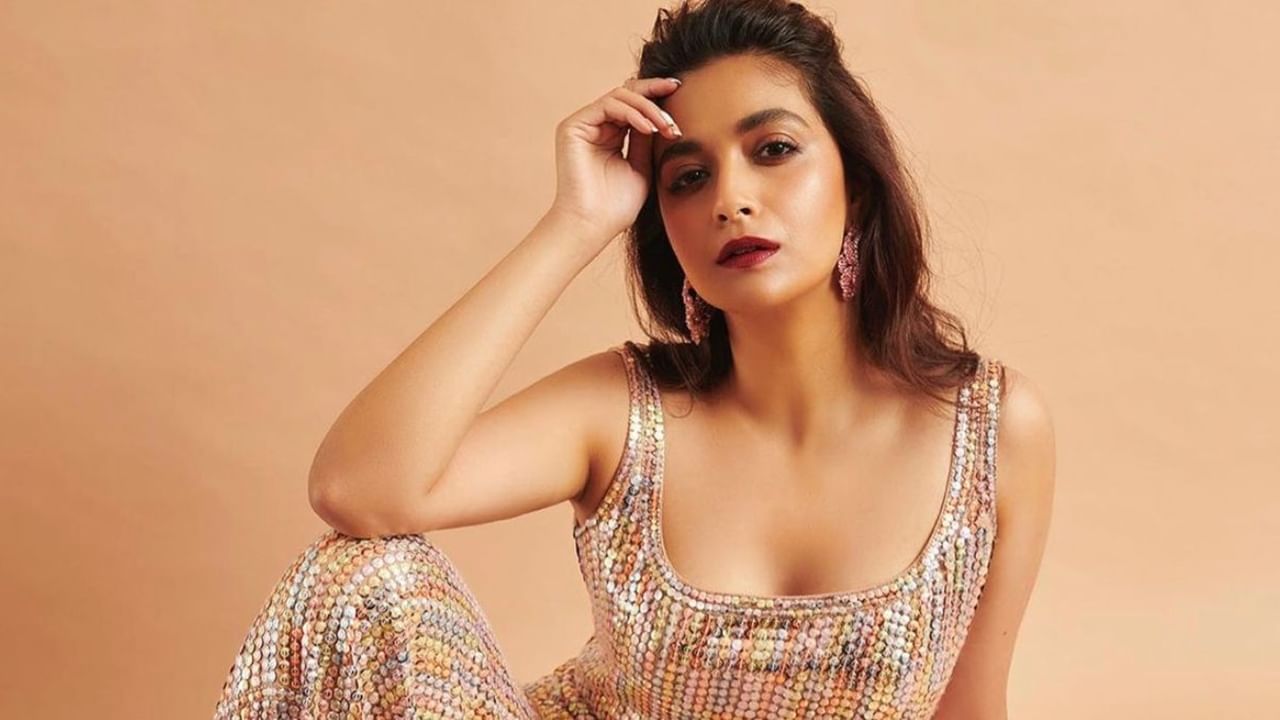 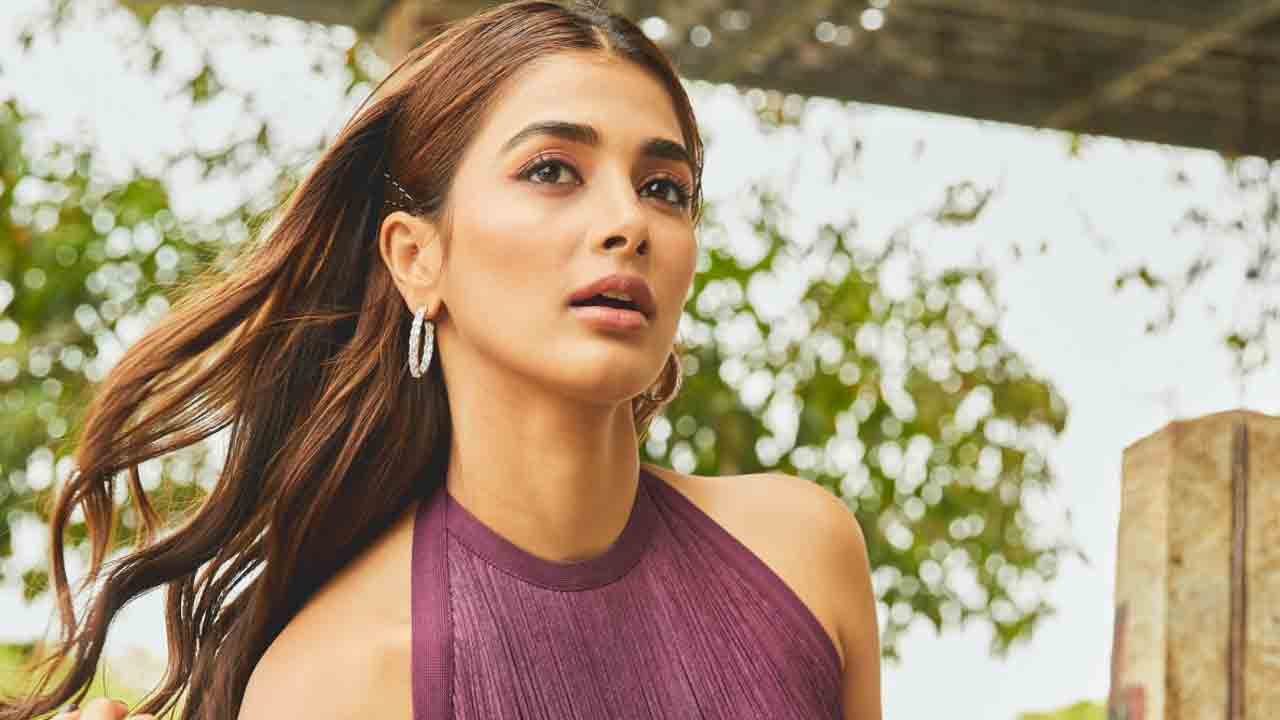 Pooja Hegde | Pooja Hegde, the Soyagam of the North, is emerging as the top heroine of the South with a series of films. Pooja, who has grown into a Pan India star with huge projects be it Kollywood, Tollywood or Bollywood, is very fond of Hyderabadi Biryani. Moreover, pizza is Anna’s life. But, if… 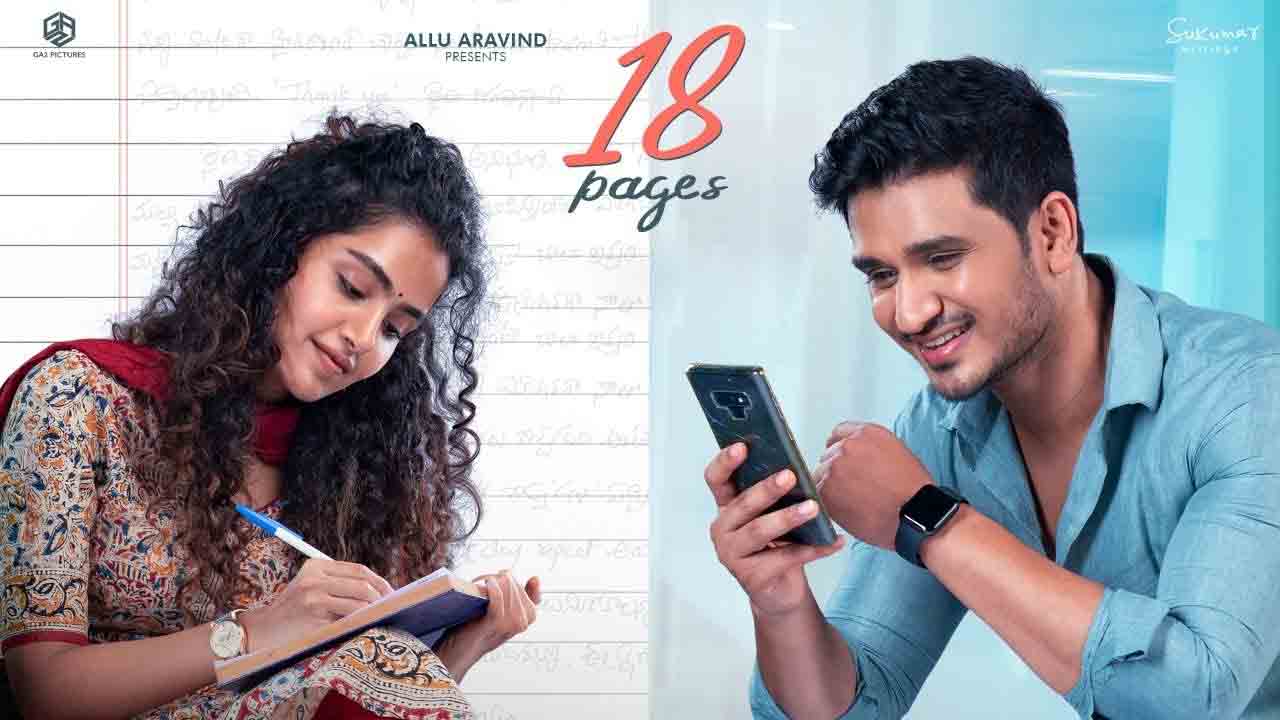 18 Pages Movie | Young hero Nikhil is in full swing with back to back hits. From the beginning of his career, he made films with story strength and gained special recognition in Tollywood. Recently, he got national recognition with ‘Kartikeya-2′. Currently, Nikhil is doing the movie ’18 Pages’. Palnati Surya Pratap of ‘Kumari 21F’… 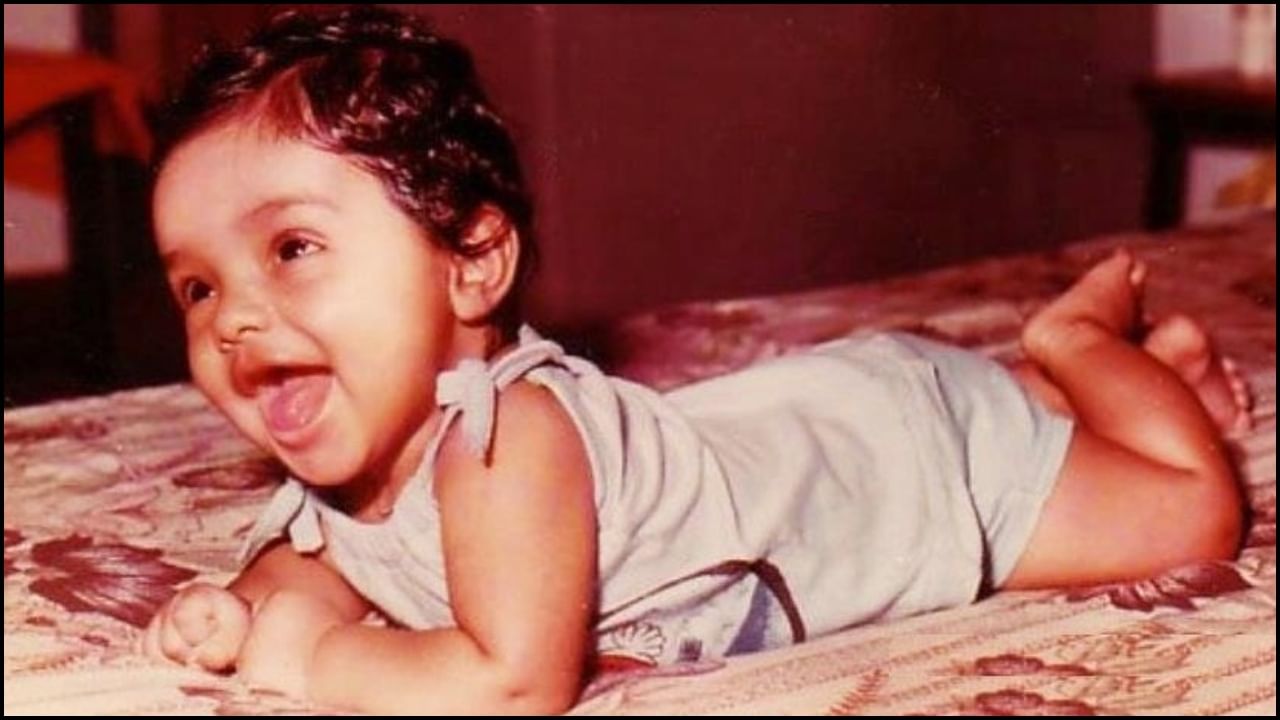 These days pictures of this cute little girl are getting viral on social media. This girl smiling and laughing is not an ordinary child, but she has grown up now and millions of people are crazy about her. This girl seen in the picture has grown up and played the main role in films with… 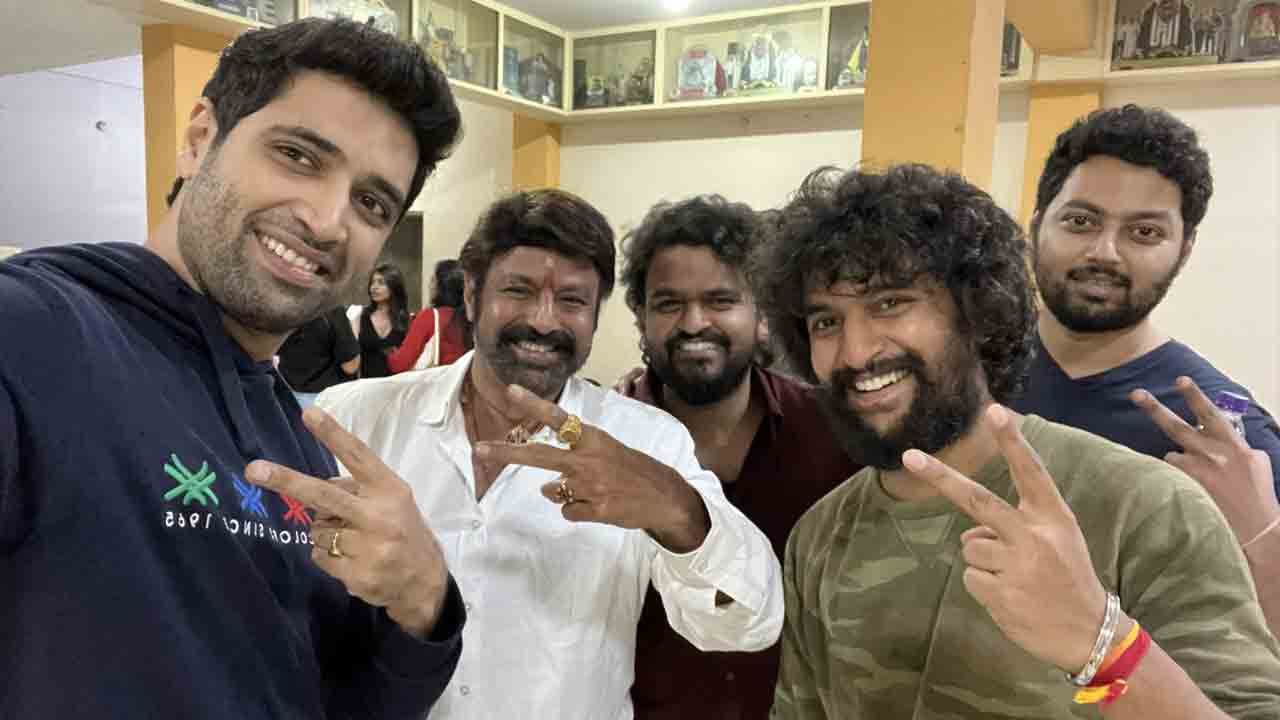 HIT-2 Movie | Where ‘Hit-2’ seen now will be seen. The film is directed by Sailesh Kolanu, starring Adivishesh in the lead role. Releasing on December 2 amid huge expectations, the film is a huge box office hit from day one. Sailesh Kolana once again thrilled the audience with his screenplay. And Adivi Sesh entertained…