The movie got a huge response to the teaser. Nani entertained by showing different variations in the role of Sandaram. It is learned that Nazriya will be seen as a Christian girl Leela while Nani Sundar will be playing the role of a Brahmin boy in the film. Chitraunit has recently updated the trailer of this movie. It has been announced that the movie trailer will be released on May 30 at 11 am. The film is set to release on June 10. The film will be released simultaneously in Telugu, Tamil and Malayalam. 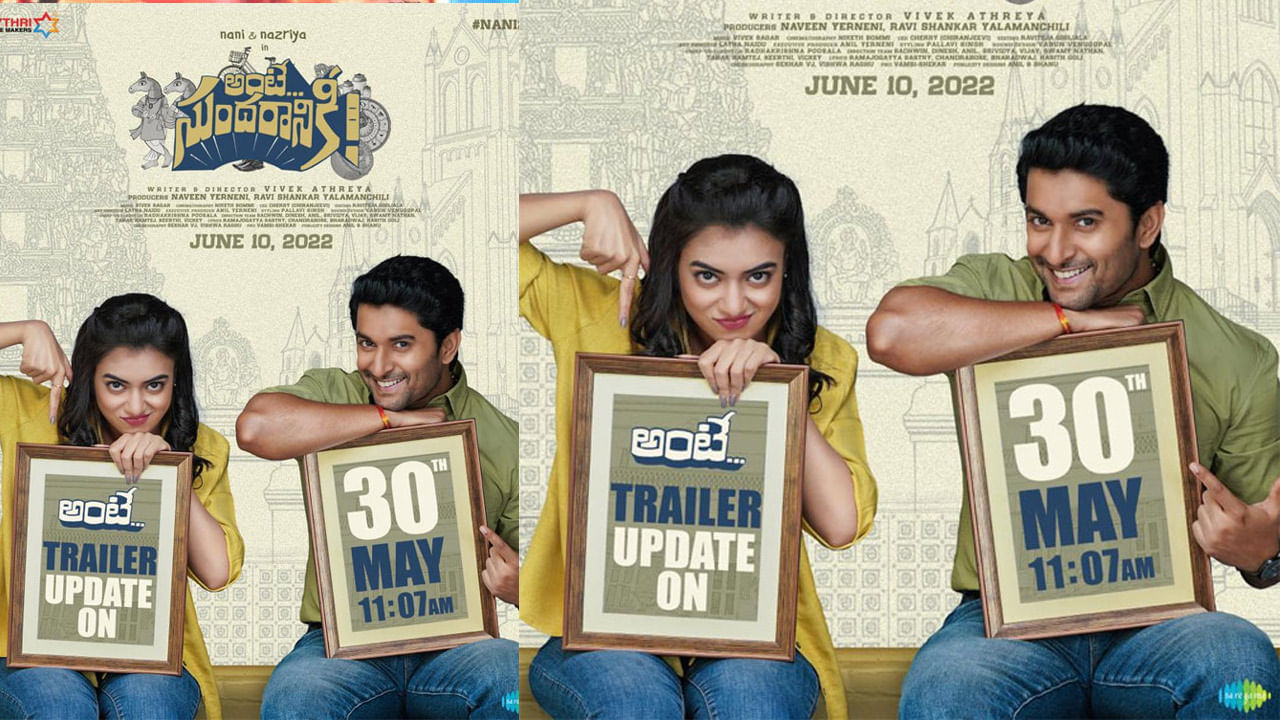 NTR Jayanti 2022: Mega Brothers pay tribute to NTR Jayanti as the crown jewel of the Telugu nation .. Chiru, Pawan
Ram Gopal Varma: ‘Do you cheat on me .. there is no point in leaving them’: Ram Gopal Varma
Shamna Kasim: New poses with naughty looks .. Fans falling in love with full beauty