Mohammad Siraj has now become the number 1 ODI bowler in the world. This right-arm fast bowler has achieved this position by performing amazingly in the last 12 months. Before the ODI series against New Zealand, this bowler was at number 3 and as soon as the series ended, Siraj reached Arsh. Mohammed Siraj Now everyone is saluting and Suryakumar Yadav also looked very happy with the success of his partner. He congratulated Mohammad Siraj on Instagram Story. However, this congratulatory message of Suryakumar turned the mind of the fans.

Suryakumar Yadav made a strange tweet after Mohammad Siraj became the number 1 ODI bowler. He wrote- ‘Lelo ab landaaaaa. What’s the magic? Half of the people could not understand this thing of Suryakumar. Some people started calling it the use of obscene words. But let us tell you that Suryakumar used the word Marathi for Siraj. This word means mess. Means Suryakumar Yadav said, ‘Take it now. What’s the matter magic.’

Siraj became number 1 in 21 ODIs only

Please tell that Mohammad Siraj was considered the best bowler of red ball, but this player has shown his mettle in the white ball game. Siraj has played only 21 ODIs and he has become number 1 in such a short time. Siraj has taken 38 wickets in 21 matches so far. But the amazing thing is that this player has taken 24 wickets in 11 ODIs played on Indian soil. Siraj’s economy rate is also less than 4 runs per over. Batting-friendly wickets are often made in India and despite this, Siraj’s performance is amazing. 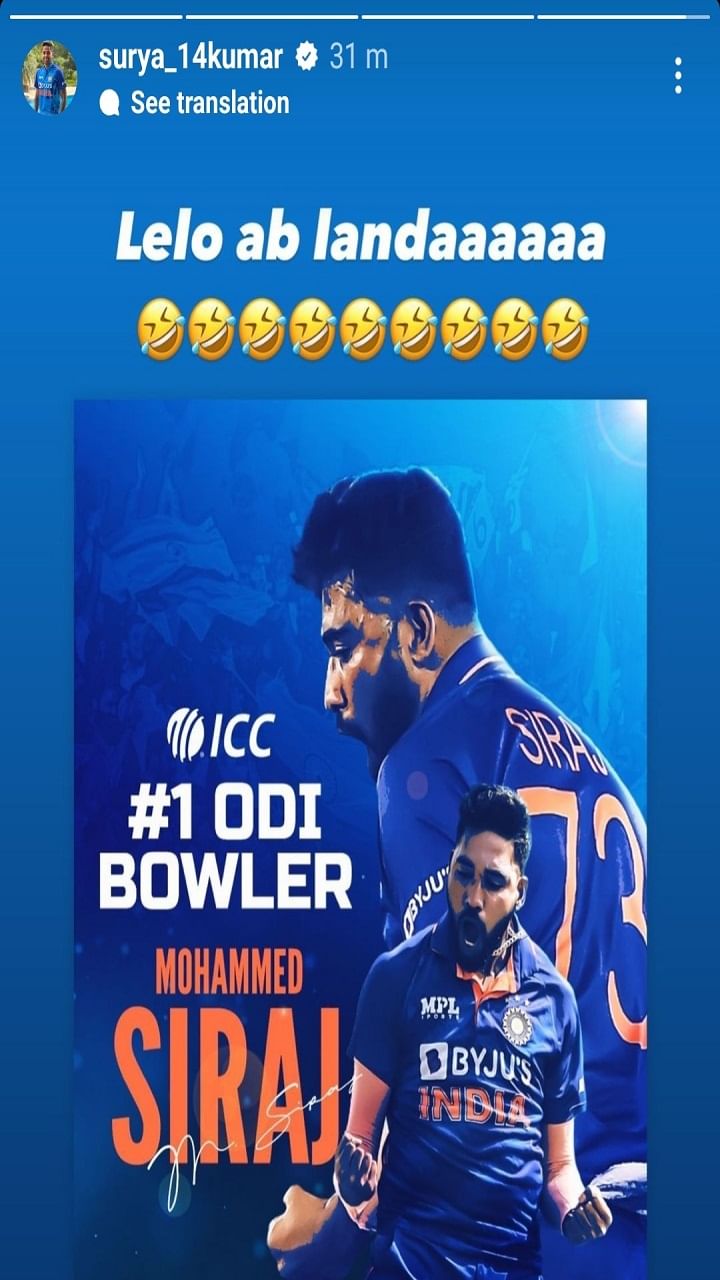 Please tell that the date of January 25 proved to be special for Suryakumar Yadav as well. Surya was chosen by the ICC as the T20 Player of the Year. This right-handed batsman may not be able to perform well in the ODI format, but Surya has become the number 1 batsman in the T20 format. This is the reason why ICC has saluted this player.