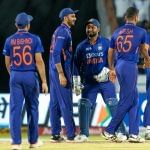 The five-match T20 series between India and South Africa has been full of adventure. South Africa won the first two matches, while India won the third and fourth matches. Due to this the fifth match became decisive. India didn’t have a good start but they changed things and made a comeback but one thing they could not change and they lost 5-0. Now you are thinking what is this? So let me tell you (BCCI Photo) 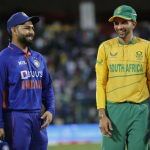 When Indian captain Rishabh Pant came to toss in the fifth match, it was expected that he would do this toss in his name but it did not happen. He lost the toss. Pant could not win a single toss in this series. They have lost all five of the five matches. (BCCI Photo) 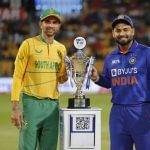 South Africa tried two captains in this series and both were successful in winning the toss. Temba Bavuma captained in the first four matches and won the toss in all four matches. In the fifth match he did not play due to injury and Keshav Maharaj came to toss and he also managed to win the toss. (BCCI Photo) 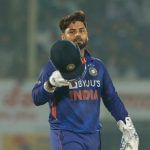 Pant has got a chance to captain Team India for the first time in this series. Although KL Rahul was made the captain of Team India in this series but he got injured and went out. That’s why Pant’s captaincy came. (BCCI Photo) 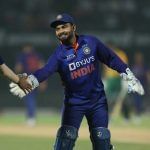 Pant can do that work as a captain which MS Dhoni and Virat Kohli could not do. India has not won a single T20 series against South Africa in India so far. If India wins the fifth match, Pant will become the first captain to do this work. In 2015, when Dhoni was the captain, India had lost to South Africa at home. In 2019, Virat Kohli was not successful in getting the win. (BCCI Photo)