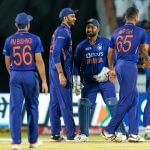 South Africa took the lead in the series by winning the opening two matches of the five-match T20I series against India. Team India’s return from here seemed difficult, but India has leveled the series 2-2 by winning two consecutive matches. India defeated South Africa in a one-sided match in the fourth T20 played on Friday. What are the main reasons for the victory, telling you.(BCCI Photo) 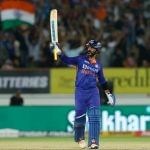 Dinesh Karthik scored 55 runs in this match, which is his first half-century in T20 Internationals. On the basis of this innings of Karthik, India came out of a bad start and scored 169 runs. (BCCI Photo) 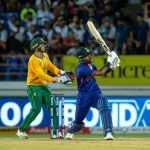 Hardik Pandya also helped the team to reach a good score. Pandya could not score a half-century but playing an innings of 46 runs, he did make two important partnerships. Pandya first added 41 runs for the fourth wicket with Rishabh Pant, and shared a 65-run partnership with Karthik. (BCCI Photo) 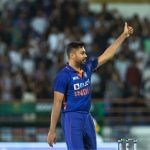 India had a challenge to save the target of 170 runs. Indian bowlers met this challenge, especially Avesh Khan. Avesh did not get wickets in all three matches before this match. But in this match, he made a full recovery and took four wickets in his name. Avesh hunted four batsmen by spending 18 runs in four overs. (BCCI Photo) 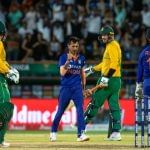 Apart from Avesh, Yuzvendra Chahal also bowled brilliantly and took two wickets. This leg-spinner took two wickets for 21 runs in four overs, out of which one wicket was of Heinrich Klaasen, who is a great batsman of South Africa. (BCCI Photo)