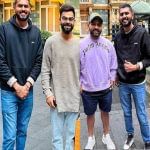 The Indian team has reached England for a series of one Test, 3 T20 and 3 ODI matches. After reaching London, captain Rohit Sharma and former Indian captain Virat Kohli went out for shopping. During the shopping, the beach market fans caught him. 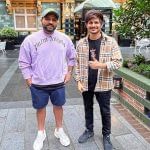 On seeing 2 Indian stars in the market, the fans surrounded them and after that there was a crowd of selfie takers. Kohli and Rohit also did not disappoint the fans. Many fans were able to take photos with only one star. 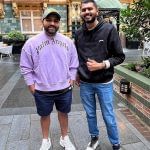 There one fan was lucky. Which got a chance to capture a moment in the camera with both Kohli and Rohit. Both the stars also spent a lot of time among the fans. Whose pictures are becoming quite viral on social media. 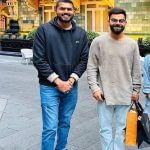 In the viral pictures, the shopping bag is clearly visible in Kohli’s hand. Indian team is currently in London. On June 24, the team will play a 4-day warm-up match against Leicestershire, but before that the team is training fiercely in London. Kohli, Cheteshwar Pujara, Jasprit Bumrah are sweating a lot on the field. 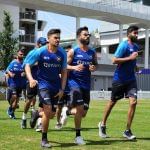 Virat Kohli had reached England with the Indian team in the past. While Rohit Sharma left with the family a day later. At the same time, some Indian players will leave for England after playing the 5th T20 match against South Africa on June 19.