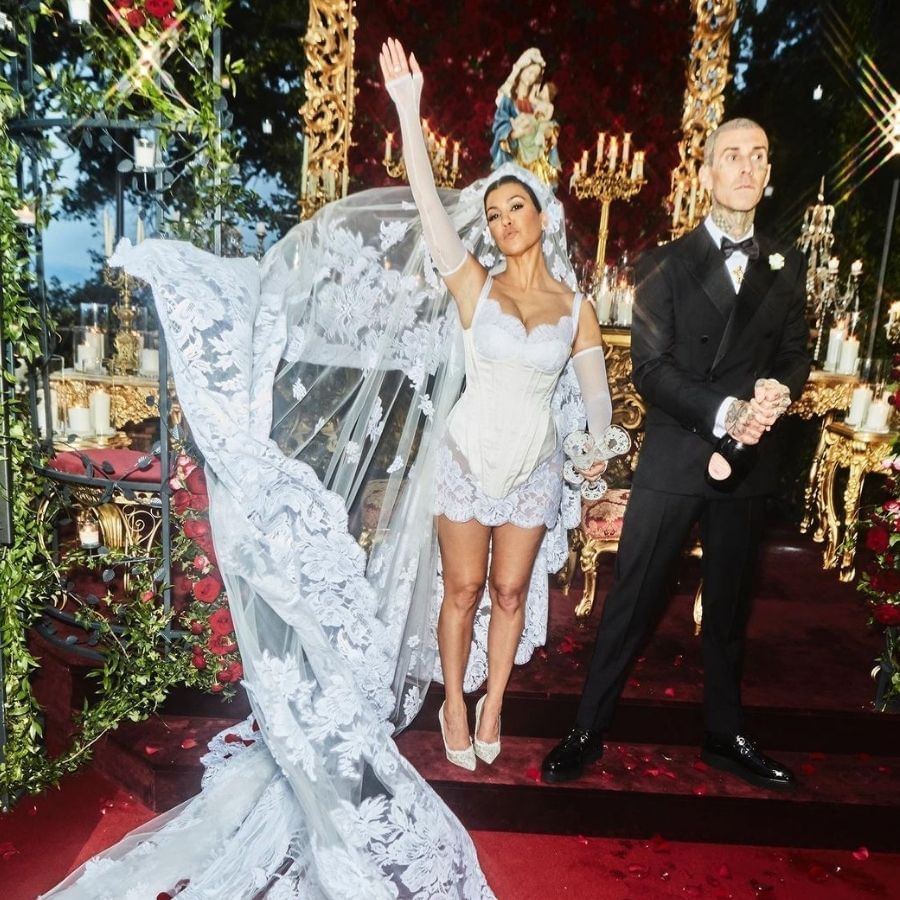 Kourtney has shared some pictures of her wedding on her Instagram handle, in which she and Travis look very happy. Earlier, both of them got married legally in Santa Barbara Court. This is the second time that both of them have considered each other as their companions in the presence of their close friends. In the pictures that Kourtney shared on her Instagram, you can see that both are standing in front of the priest in a church and performing the wedding rituals. 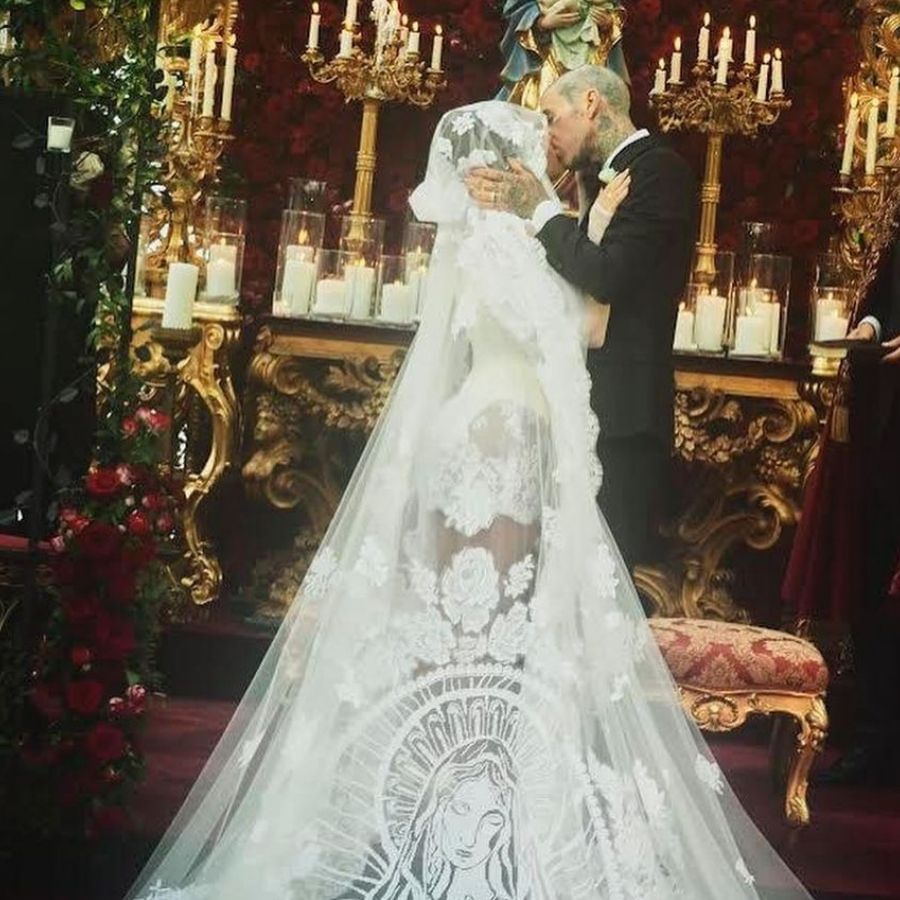 In one of these pictures, you can also see Kourtney Kardashian and Travis Barker lip-kissing each other, which is considered a tradition after agreeing to the wedding according to Christian customs. In these pictures you can see that Kourtney is wearing a mini dress in white color, in which she has inserted a beautiful lace veil, which makes her dress very special. At the same time, talking about Travis Barker, he is wearing a black suit, in which he looks quite dashing.