Justin Biber (Justin Bieber) These days the name Ramsay Hunt syndrome (Ramsay Hund Syndrome) battling the disease. Due to this disease, one side of Justin’s face has become paralyzed. Recently, he has shared this information on his Instagram account. After the sudden news about Justin Bieber, his fans and even all the celebrities are reacting. Let us know that which celebrity has said anything about this disease of his?

Justin Bieber was soon going to go to many countries of the world with his album ‘Justice’ but suddenly he canceled this program. After such a sudden statement, there was discussion on social media and after this a video of Justin has also been shared from his Instagram account in which he is talking but the right side of the face is not working. . He has explained about it in detail in the video. Regarding which he has asked people to pray for themselves. Along with the fans, many famous celebrities have given their reactions to his videos.

American media personality Khloe Kardashian, reacting to Justin’s video, said, ‘We are praying for you. We love you Relax, everyone understands.’ 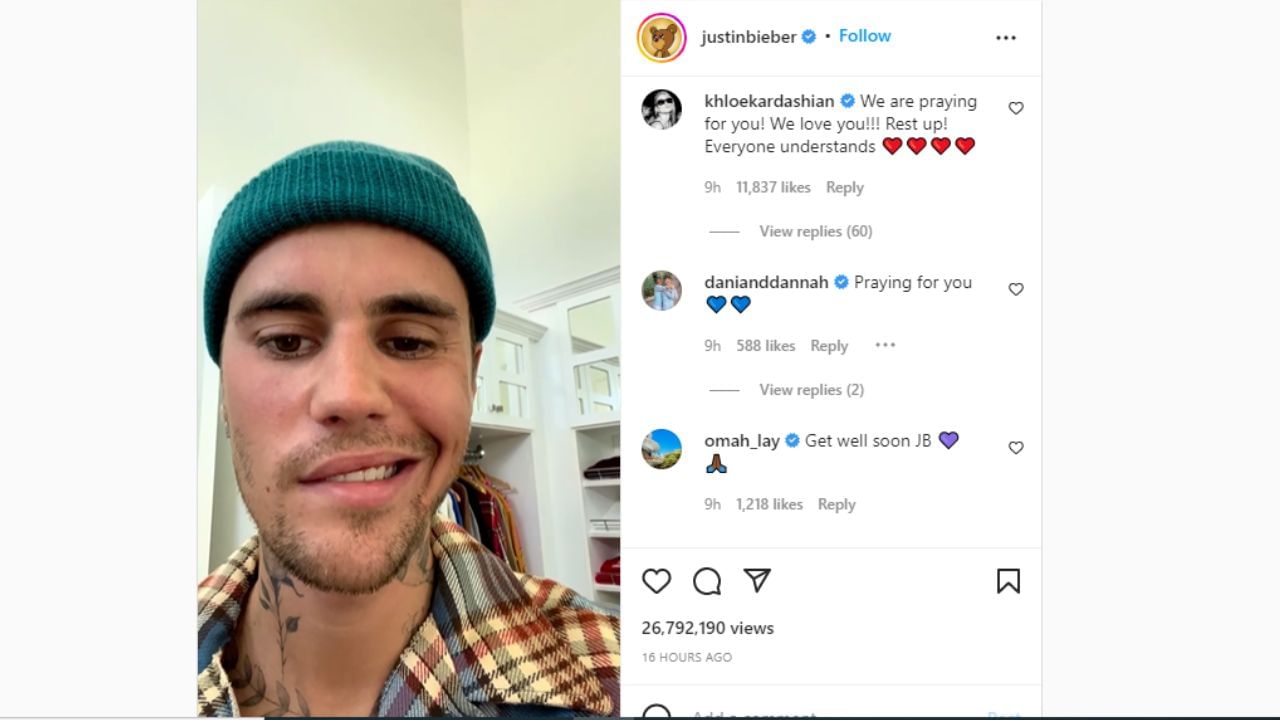 At the same time, DJ Khaled reacted and said, ‘Love you brother, you will be fine. Take a rest. We love you God loves you. We love God. Always love.’ 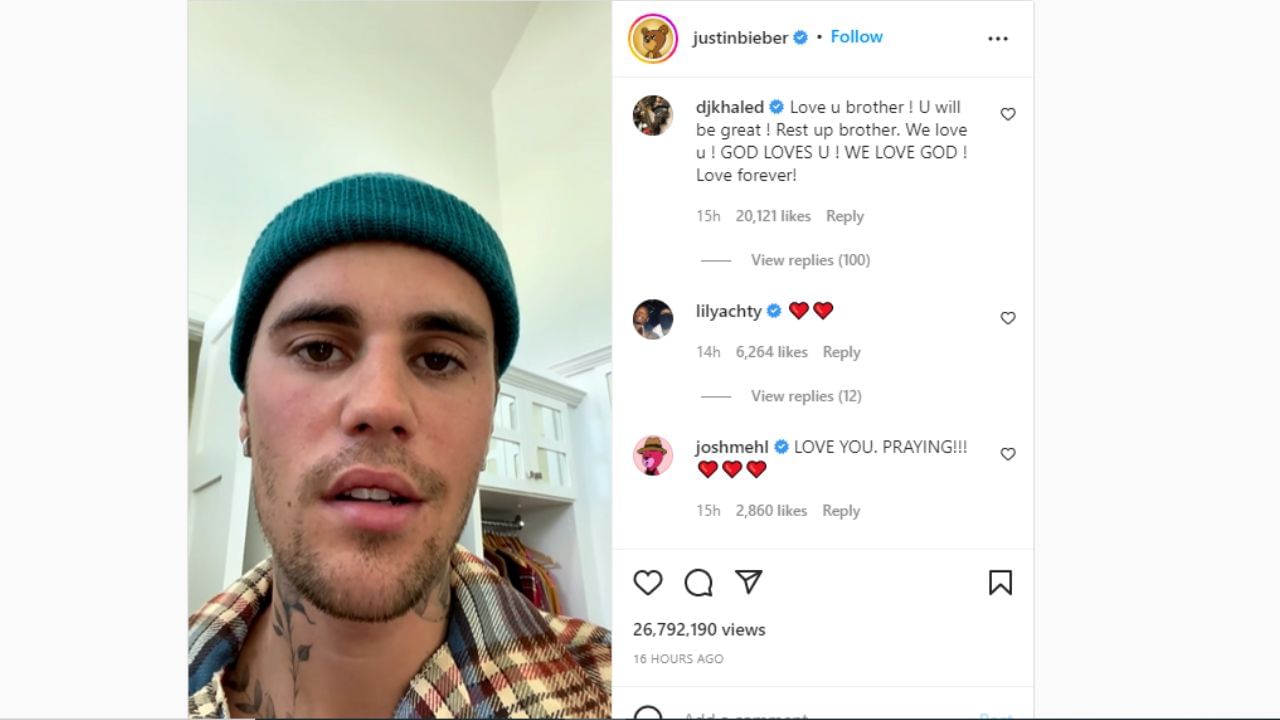 Apart from this, the host of Discovery show In to the Wild, Bear Grylls has also given his reaction on this video of him. He wrote that, ‘You are very brave. You are going to be fine Buddy… you are loved by many and will always keep you in their prayers. 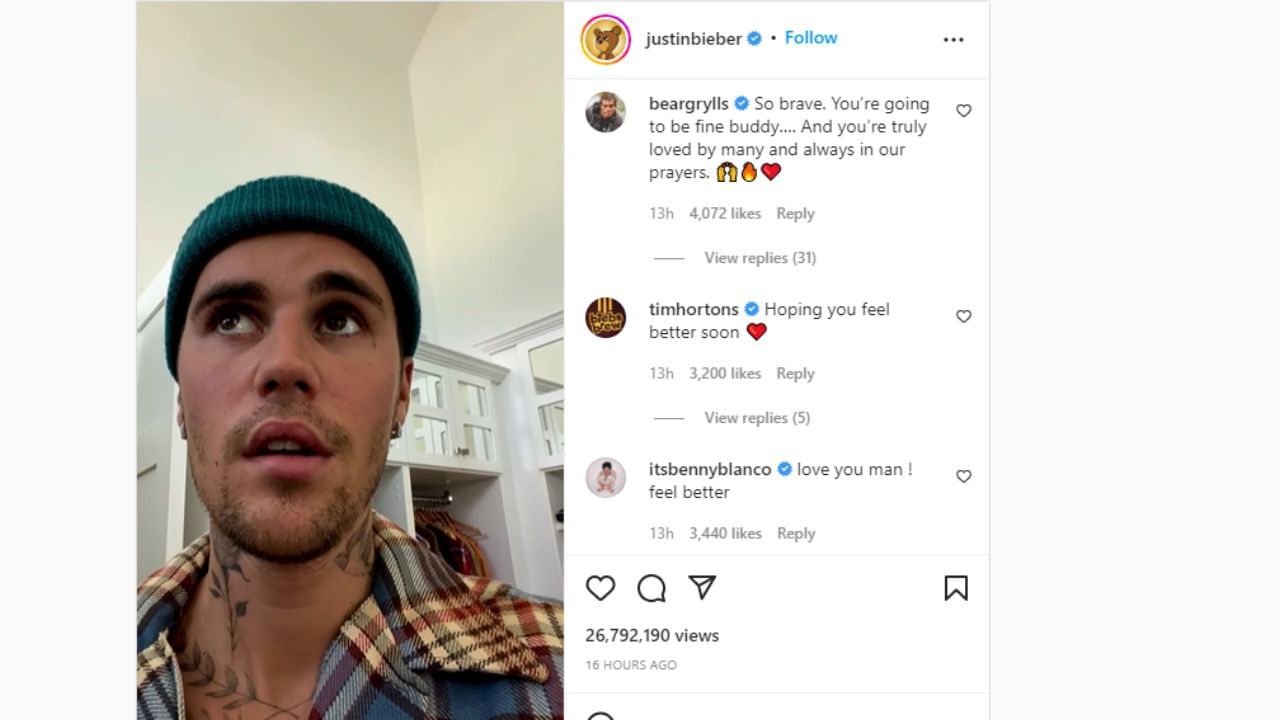 People are constantly praying for them

Apart from these days, you can also see the comments below the caption of Justin Bieber’s Instagram video. All the celebrities and fans are continuously supporting him, asking him to take care and also praying for him. Justin Bieber is trying hard to get out of this syndrome. As he has given information to the people through this video of his.

Get the latest ,a href=”https://jstimesnow.com/hollywood”>Hollywood news updates