Sonam Kapoor Tweet: Bollywood Daughter and actress of actor Anil Kapoor Sonam Kapoor Today he does not need any introduction. Starting his Bollywood career with the film ‘Saawariya’ in the year 2007, he has worked in more than one hit film and has made a lot of recognition for himself. Sonam Kapoor remains in headlines today for one reason or the other. Now she has come into the discussion about one of her tweets.

Sonam Kapoor has made a tweet, in which she has told about the condition of Mumbai’s traffic. He tweeted that it is very difficult to drive in Mumbai. Let us know what Sonam Kapoor has written in this tweet.

In this tweet, Sonam Kapoor wrote, “Driving in Mumbai is tricky. It took me an hour to reach Juhu from Bandstand. A lot of construction was going on everywhere and pits were dug. Pollution is too much. Whats up?”

Its torturous to drive through mumbai. Its taken me an hour to reach bandstand from Juhu. Too much construction and digging everywhere. Pollution is through the roof. What’s going on.

Sonam Kapoor is now in a lot of discussion on Twitter regarding this tweet of hers. People are also reacting fiercely to this post of his and are writing their views in the comment section. One user commented, “It is the same all over India.” Another user commented, “The whole of Mumbai is carved.” Another user wrote, “This Delhi is being built.” Another person wrote, “The city is developing, be patient.” 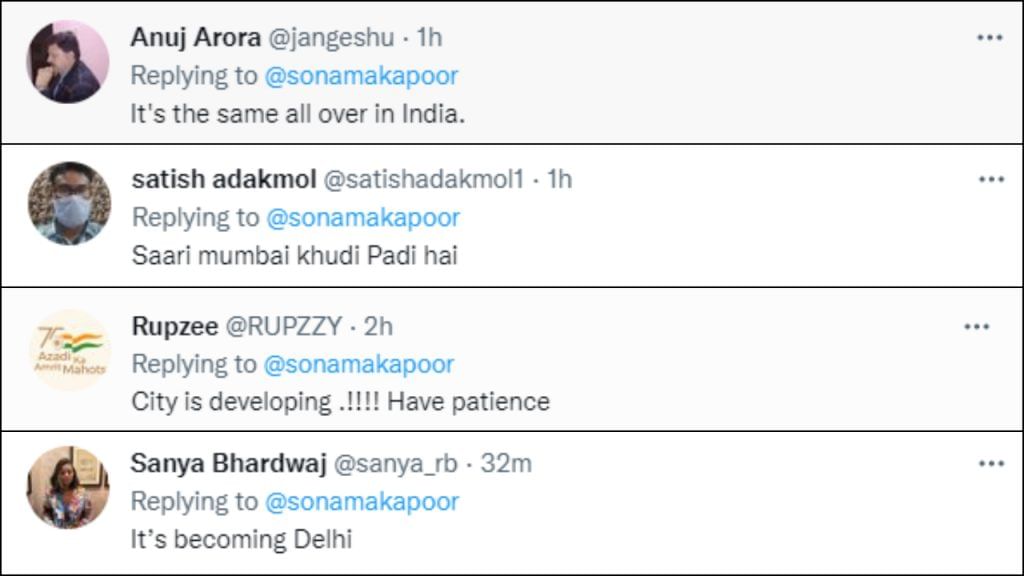 Sonam Kapoor is enjoying her motherhood these days. Sonam and her husband Anand Ahuja became parents of a son in August 2022, whom they named Vayu. Ever since the birth of Vayu, Sonam Kapoor’s fans have been waiting to see her son’s face, though the actress has not yet revealed Vayu’s face.

However, if we talk about Sonam Kapoor’s workfront, then the actress has been away from the screen for a long time. She was last seen in the film ‘The Zoya Factor’ in the year 2019. At the same time, her fans are waiting for the comeback of the actress. Sonam Kapoor’s next film is ‘Blind’, which can be seen only in the year 2023.