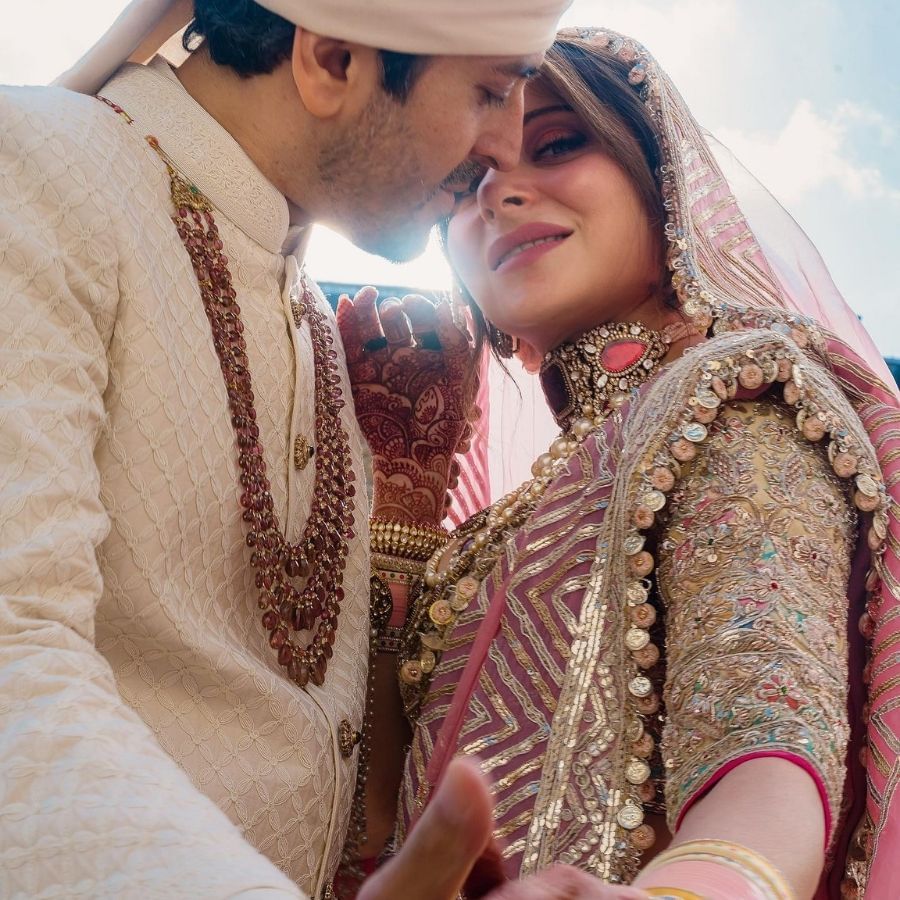 Kanika Kapoor shared the first pictures of her wedding with businessman Gautam on social media on Saturday. On Instagram, the singer posted a series of pictures in which the couple is seen kissing, teasing and holding each other’s hands. The two tied the knot on Friday in London in the presence of their family and close friends. In the first photo, Kanika is seen smiling and looking at the camera as she is holding Gautam’s hand. The newlyweds looked at each other and were seen smiling in the second picture. In another photo, Gautam was seen leaning backwards as Kanika tried to put a garland around his neck. 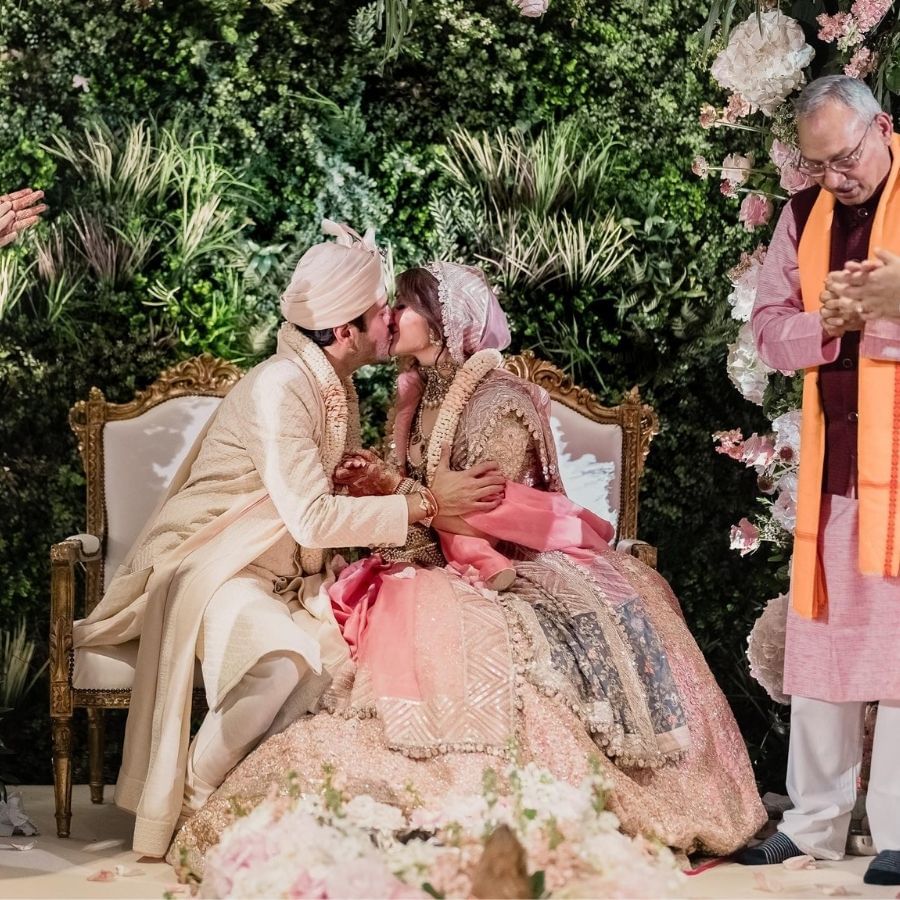 In another photo, Kanika and Gautam are also seen kissing while sitting on the sofa. In one of the pictures, both were seen performing rituals during their wedding. In the last picture, Gautam was seen kissing Kanika’s forehead as the bride was smiling and closed her eyes. 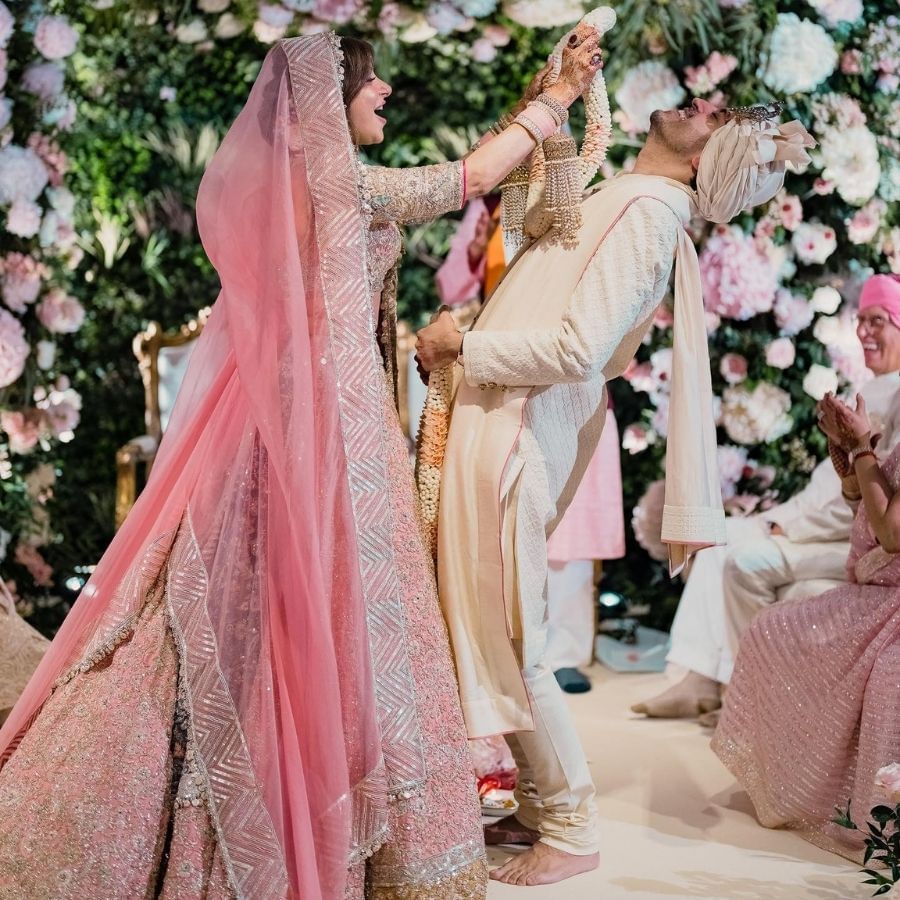 For this occasion, Kanika wore a pink, silver and golden lehenga and was equipped with traditional jewellery. While Gautam opted for a cream colored ethnic outfit and added a neckpiece. 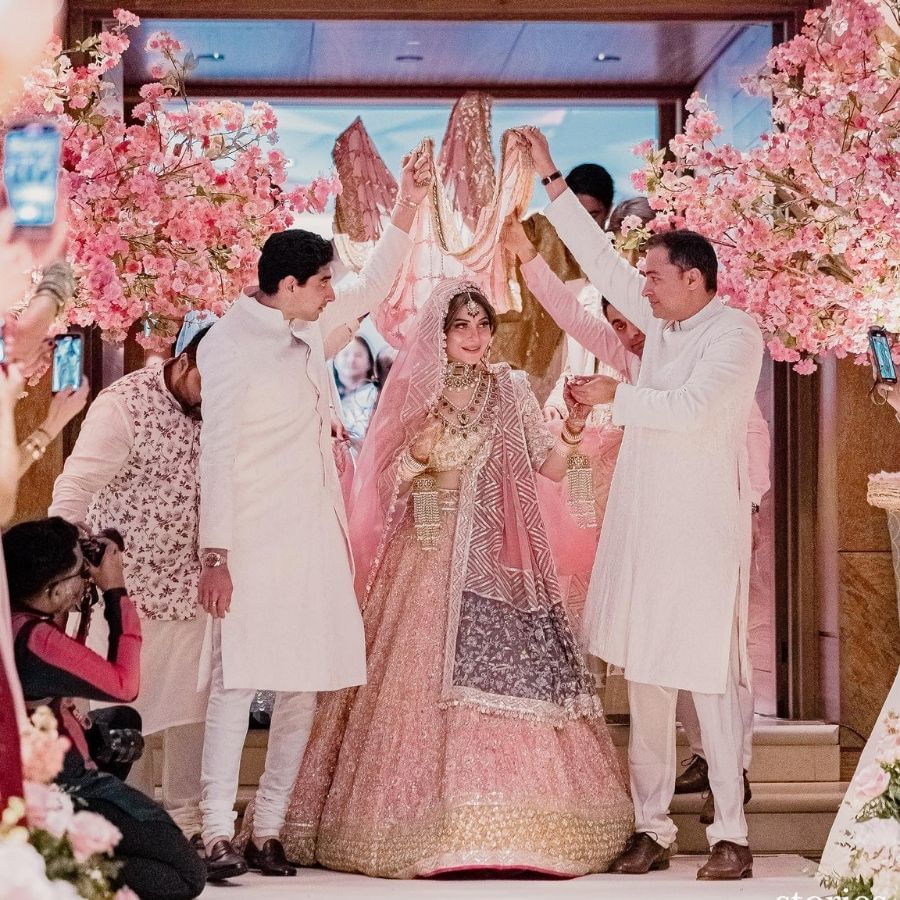 Sharing the pictures, Kanika captioned the post, “And I said yes. May fairy tales be with you, just never stop believing in them. Dream because one day those dreams come true. I have found my prince, I have found my co-artist. Grateful to the universe for joining us.” 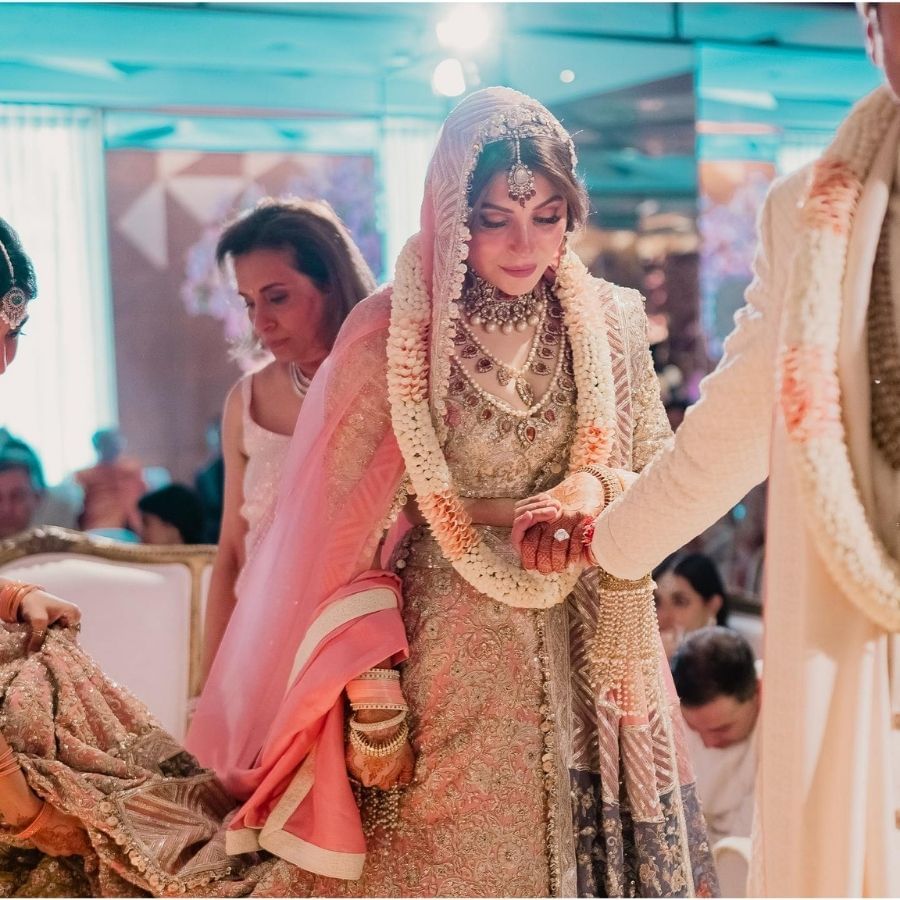 He also added, “Excited to start our journey together, to grow old with you, to love you and learn with you. But the most important thing is to laugh with you. Thank you for making me smile every day. My best friend, my partner and my hero @gautamh #mrshathiramani #co-star #married #kanikakapoor.” Reacting to the post, apart from Sanjay Kapoor, Manish Malhotra, and Ananya Birla, many congratulated the couple. Singer Mika Singh wrote, “Congratulations, wishing you both a very happy married life.” The singer is known for her songs like ‘Baby Doll’ and ‘Chittiyan Kalaiyan’. This is the singer’s second marriage. She was earlier married to businessman Raj Chandok.